The winter respite from regular steam operations will enable Workshop Foreman Andy Summers and the Mechanical Engineering team to focus on the maintenance work required to get the operational members of the locomotive fleet ready for the demands of the 2016 season.

Regular steam services will be underway again in March 2016, so there is a relatively brief window of opportunity for the team to get stuck into the essential maintenance programme. This edition of Locomotive Engineering News gives an update on works planned for each of our locomotives.

‘Team Terrier’ work has progressed well on W8’s footplate replacement. The old rotten floor and historical repairs have now been removed leaving the locomotive ‘flawless’ as can be seen in the photo. The removal of the floor has now revealed the original locomotive frames and fixing angles (they run almost the entire length of the locomotive), and are made from wrought iron. Being 140 years old this year they do show some signs of corrosion. The frames have now been assessed and show no sign of worsening since the last recorded work in this area in the early 80’s, now 35 years ago. The angle condition varies greatly from almost perfect to heavily necked and pitted but will still provide secure fixings for the rivets. Surprisingly the BR/ Southern repair plate doing the work in recent years was only attached at every other rivet hole.

The present progress should again allow the locomotive to be serviceable this season.

The cause of the front end leak has now been identified as the bottom joint of the short cast pipe below the main steam pipe. Repairs are now under way.

The only other work planned, are the annual exams, if you say it quickly, it sounds easy but more often than not they identify more tasks to complete. 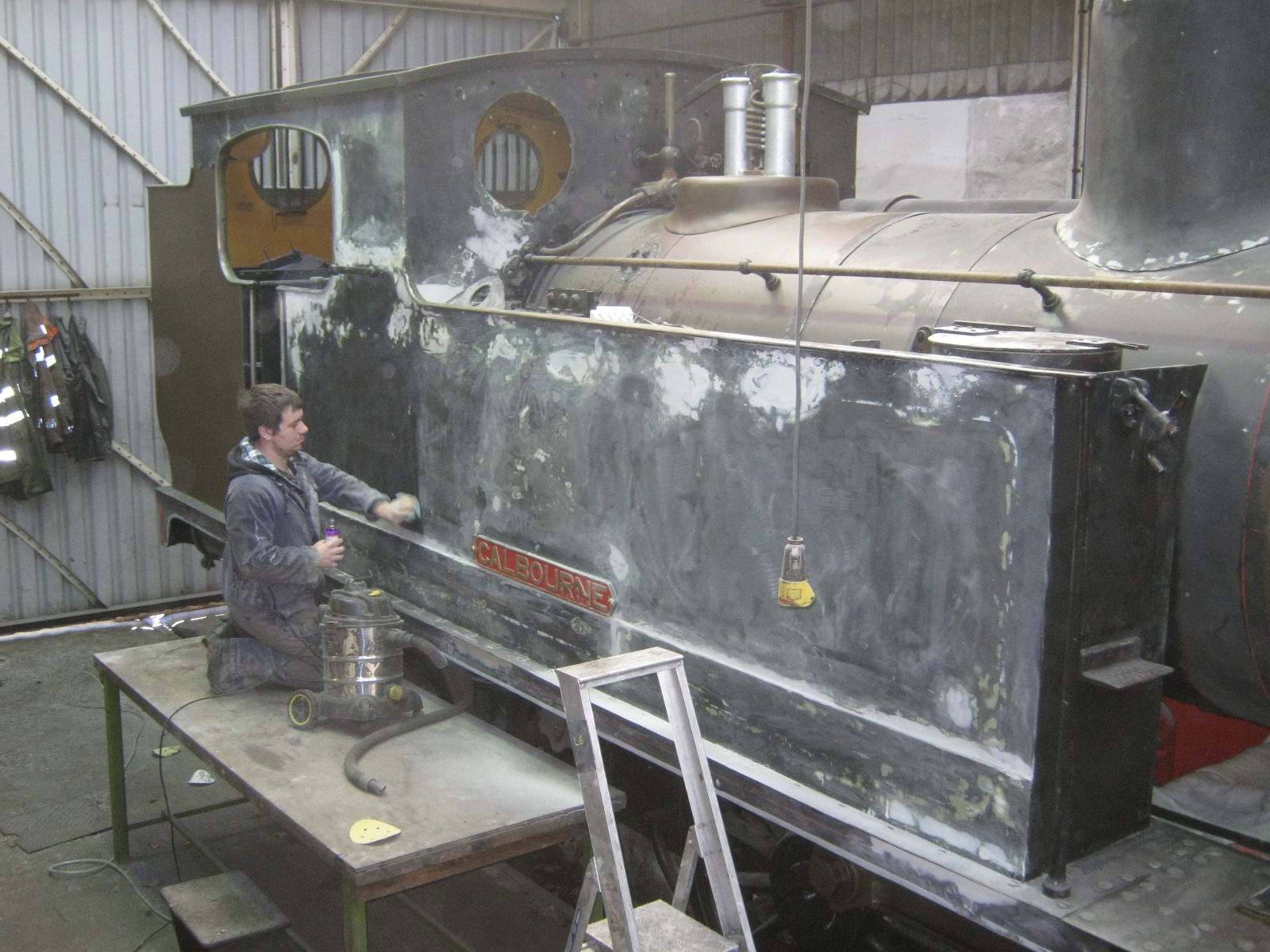 The Christmas festivities and other manpower issues has meant we are now behind on the planned painting programme, winter weather is starting to hamper progress. W24 should again be serviceable for the start of the season. 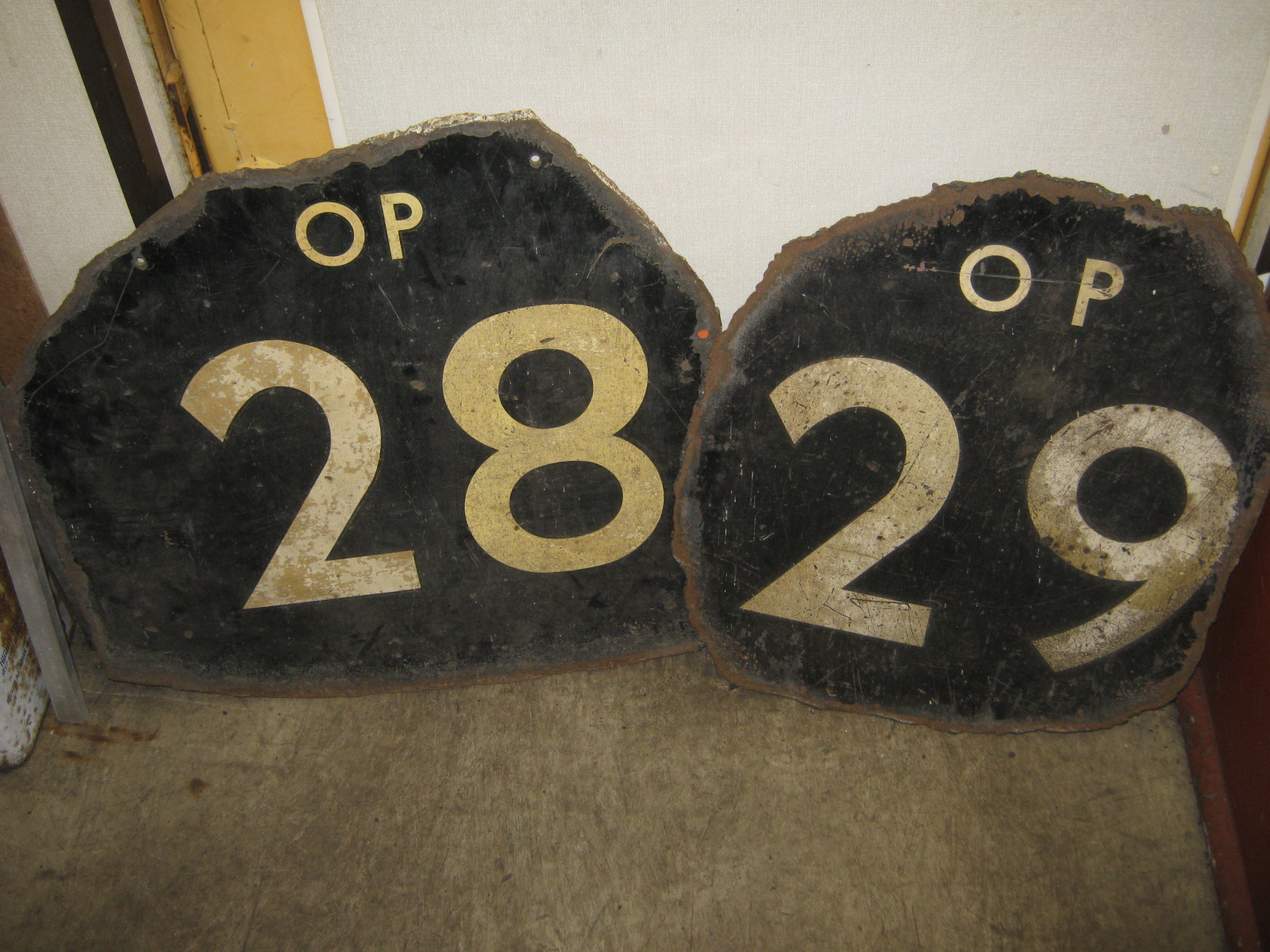 Behind the scenes stencils have been produced for the bunker side details, interestingly the two original 02 bunker sides in the museum have a different spacing OP. 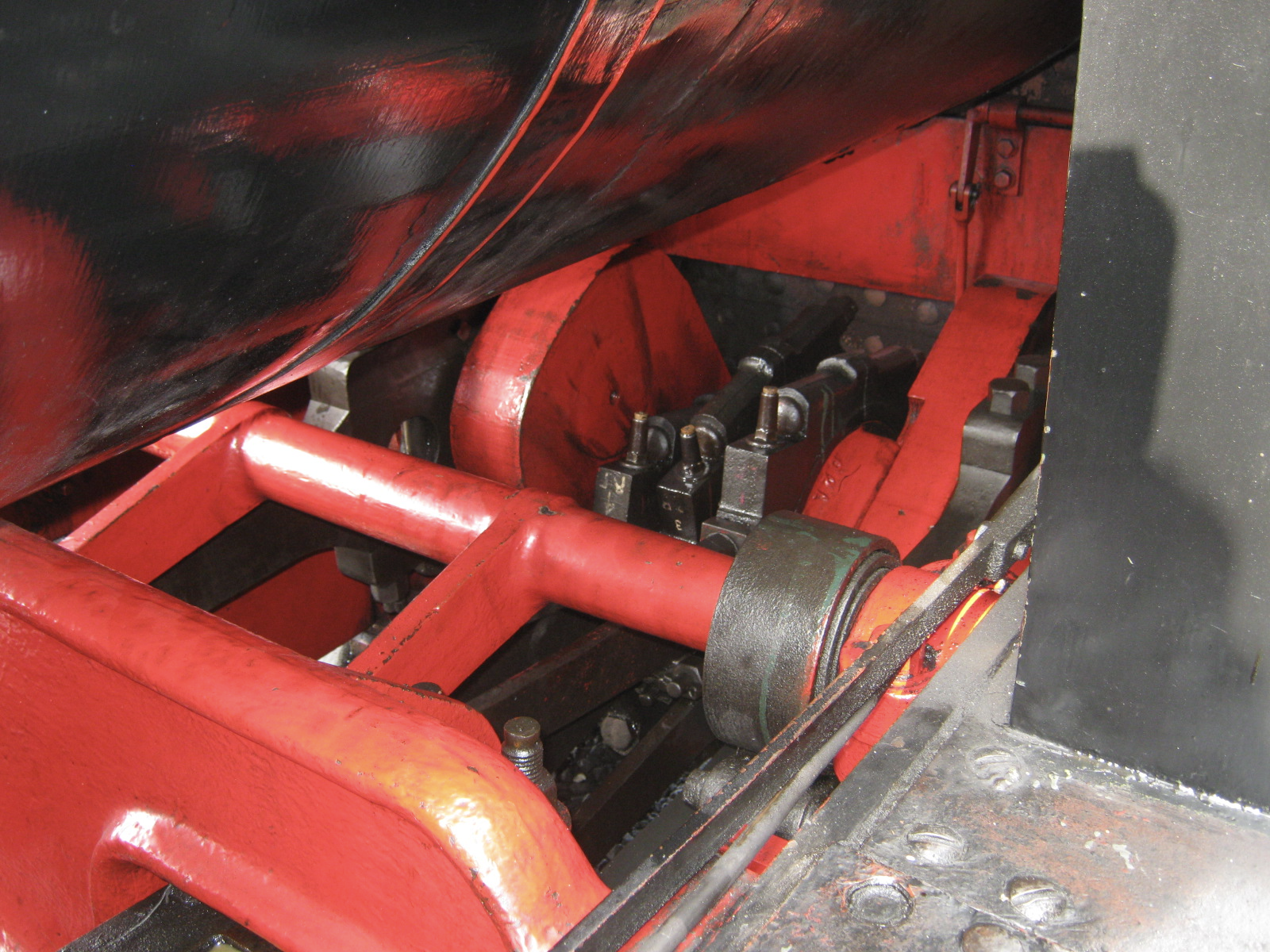 Work will shortly commence on the motion of the locomotive. The connecting rods are to be dropped first for work to be carried out on the big ends; these could be heard knocking throughout last season. With only 6 weeks until steaming again, the rest of the motion will be examined to the “BR” standards as part of the annual ‘A’ exams.

Work has started on the annual boiler inspections and maintenance. Scale build-up in the boiler has already been identified close to the fireman’s clack. Prior to the boiler inspector’s visit this will require removing, scraping is the proven best method taking the form of keyhole surgery through a washout plug hole.

192 is now in storage awaiting a boiler overhaul. This follows her first ten years in service at the Isle of Wight Steam Railway during which period the locomotive has covered some 48,000 miles, this compares with only 6,000 from new in Army service.

Just prior to the daily service prior to Christmas one boiler tube required replacing after it started leaking. Inspection of the failed tube indicated the rest may not be far behind. 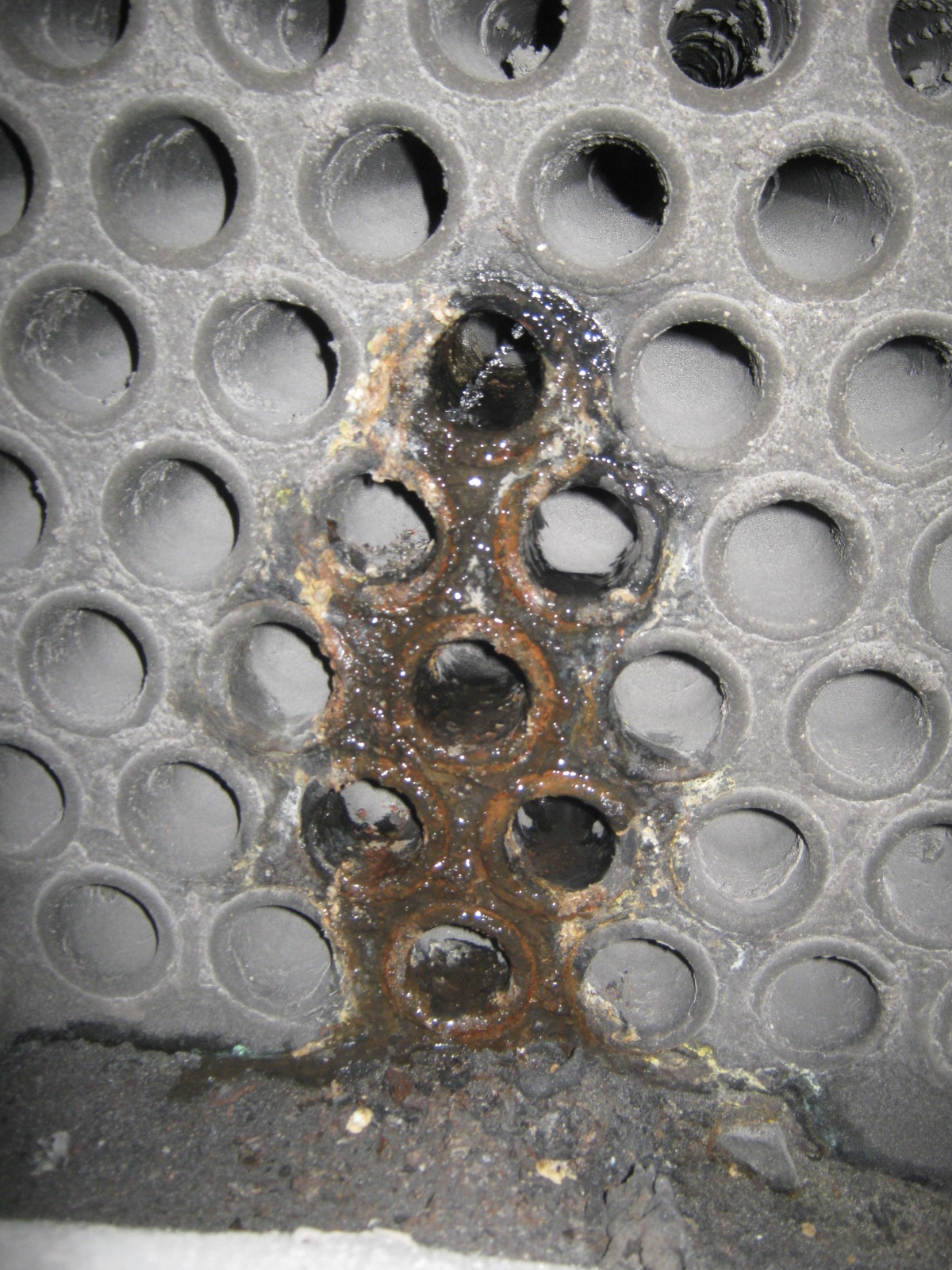 This shows that having completed the ‘7 year boiler ticket’ with 3 annual extensions it is now time for the planned major inspection and maintenance following strip down.

Work has steadily progressed with the boiler plate repairs, the foundation ring front and rear patches have been formed and fitted. 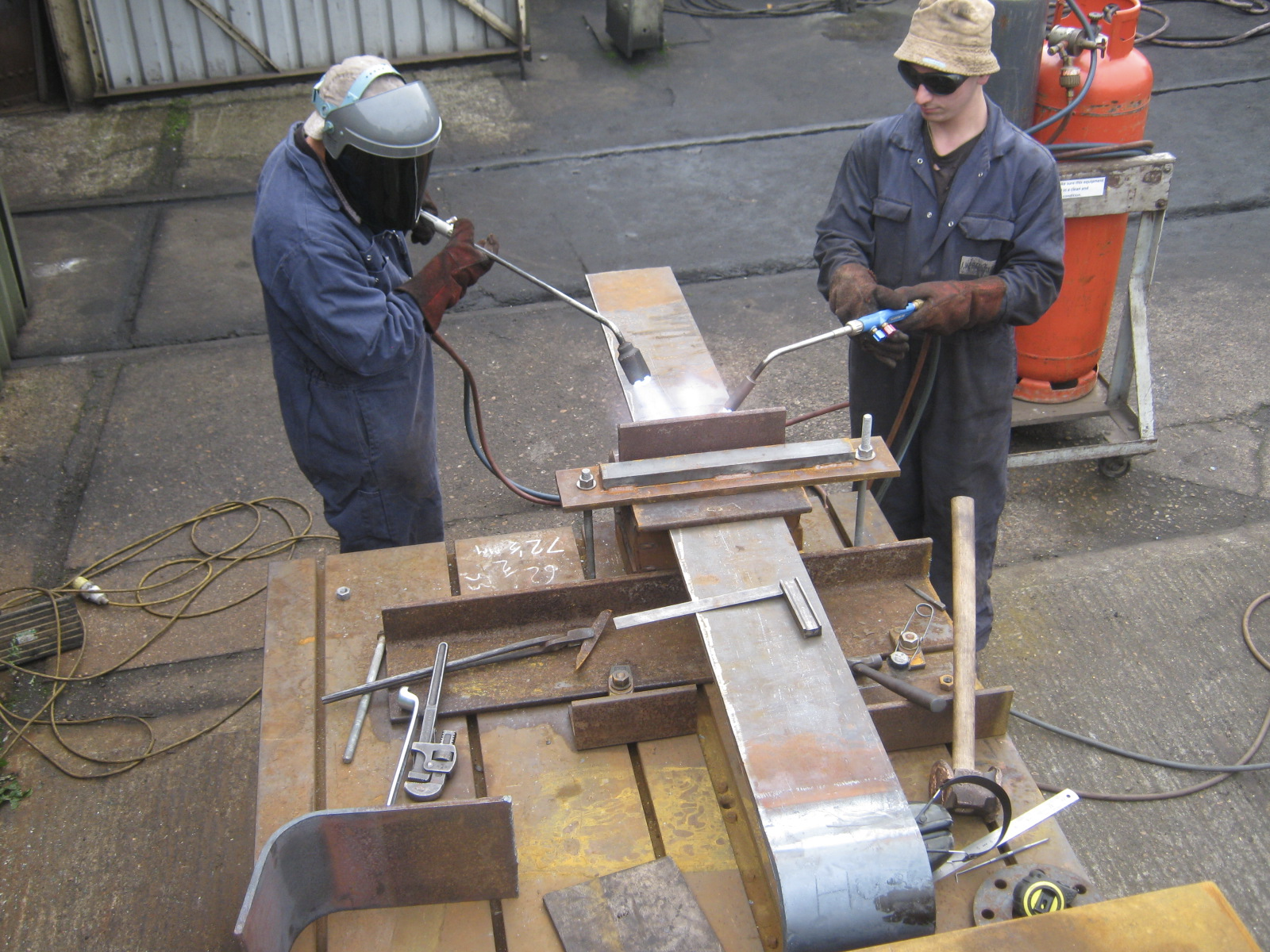 The necessary approvals have been obtained and a specialist welder should be starting shortly. Once the front and back are securely fixed the lower sides can be removed and the more straightforward repair patches produced.

Off site a new smokebox is being produced by a contractor. This will speed up the return to service of 198, fitting will be required to the boiler and frames on its arrival.

The Ivatt is benefiting greatly from undercover storage in ‘Train Story’, regular checks on condition are made on all the locomotives in storage. Changes in temperature often cause condensation that can play havoc with untreated metal surfaces.

The outstanding, non finished items are being progressed as time permits. Present plans are for 41298 to be the first loco in service this year and then playing a large part in this year’s motive power. Operating Manager Clive Miller and his team of footplate inspectors will shortly be holding Engine Crew Training Mutual Improvement classes to introduce the working of the Class 2 on the IW Steam Railway.

Work is progressing steadily at the East Somerset Railway on repairs to the Ivatt unofficially nicknamed ‘Rusty Roy’. There are frequent communications back and forth to agree on repairs/ standards and parts require, all of which take up time. 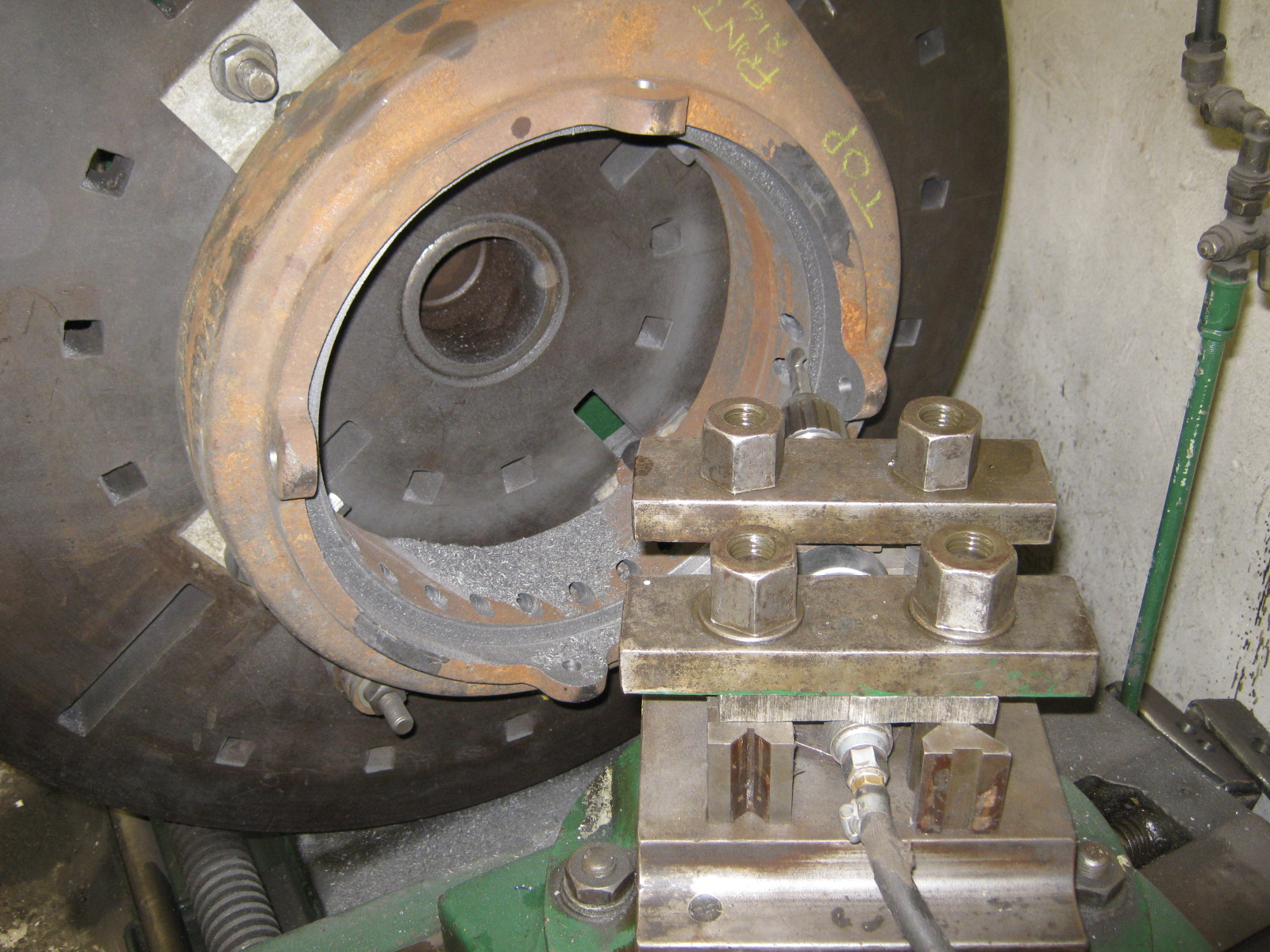 Presently in our own machine shop the exhaust ring fitted to the chimney is being machined, it is more commonly known as ‘the snail’ due to its shape. The large “John Robson” lathe which is infrequently used comes into its own when large items need machining.

In the main works ‘Fred’ painting progressed well during October, the main tasks were to make the body sound and get the main areas of external paintwork finished. The project threw up a few extra unplanned jobs as the work progressed, leaving the works slightly later than planned.

Once out in the light of day the comment was made “is it the right shade of green?”.

Checking of specifications started, the livery was then confirmed with all the paint colours still in situ, a bit like tree rings going back in time as the picture shows. 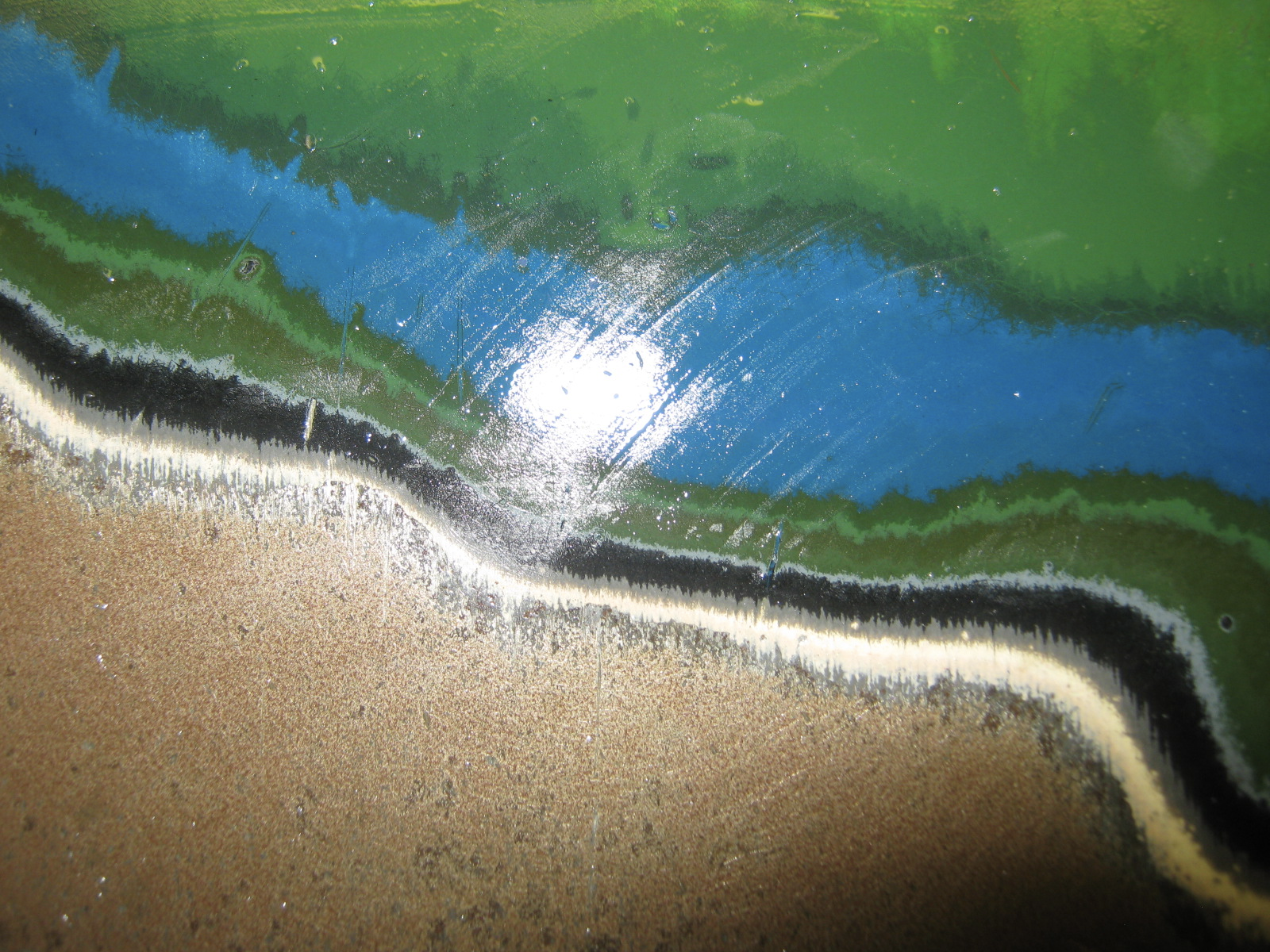 The locomotive has now moved into ‘Train Story’ where the final touches of paint finishing are being carried out. On the 8th December D2554 moved under her own power, if only for a few hundred yards before electrical problems halted the movements. Then again on 5th January with the first significant mileage made since 2006. The Board have recently approved funding to progress this project over the next few weeks.

The former locomotive stores were decommissioned and removed to provide public access to ‘Train Story’. In recent years we have been fortunate to acquire many locomotive spares; these have been stored in containers which have deteriorated with time and require reducing in number. A sort out has been long overdue.

Over the next couple of months this project should provide stores to enable us to work more efficiently. The project started with replacement of the slippery access to the new stores with an ash path. 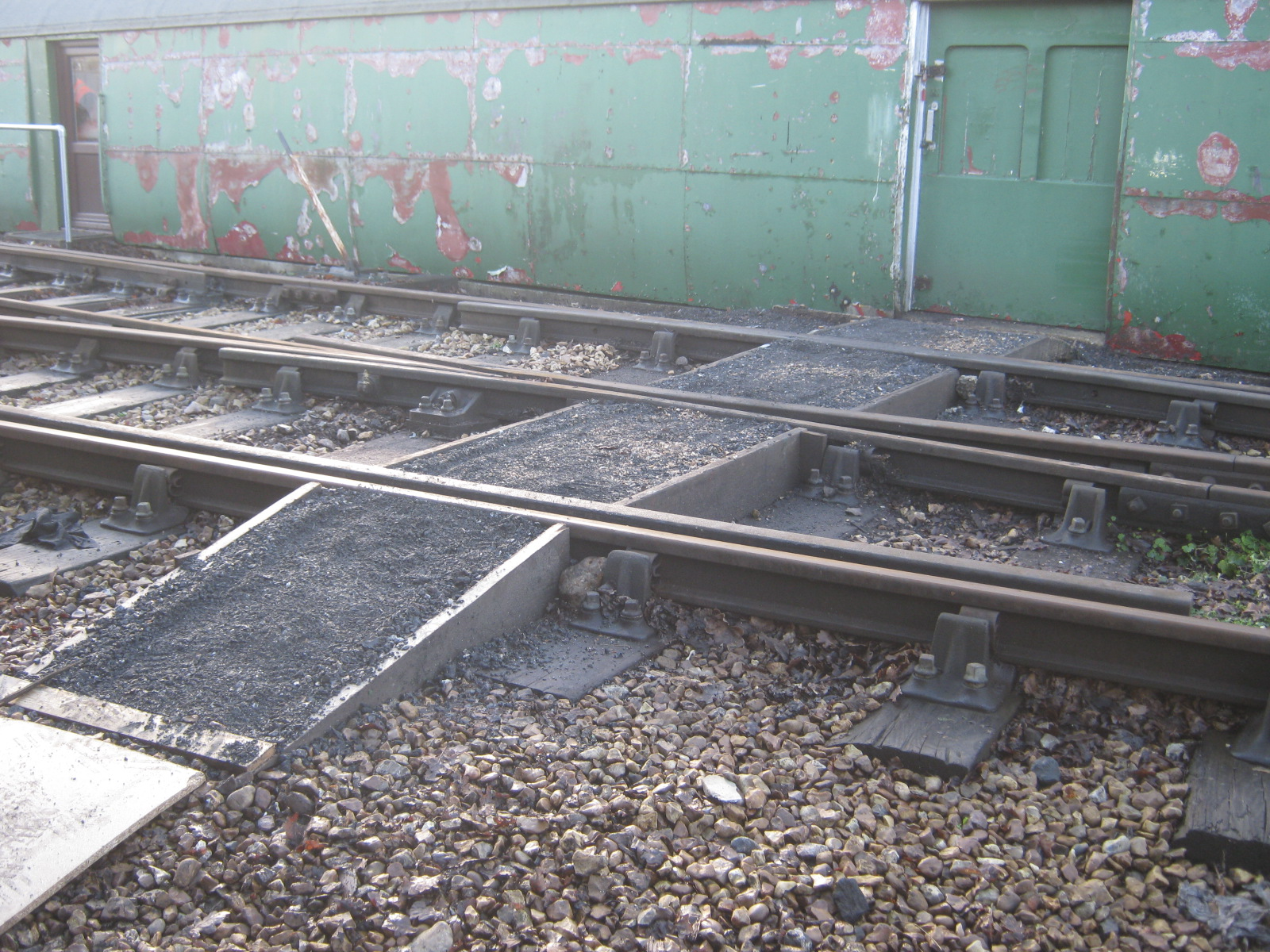 If you would like to join this steadily growing team “Team Nuts”, please let us know.

Behind the scene the two locomotive apprentices are regularly assessed by “Island Training”, they attend college one day a week to obtain NVQ qualifications. 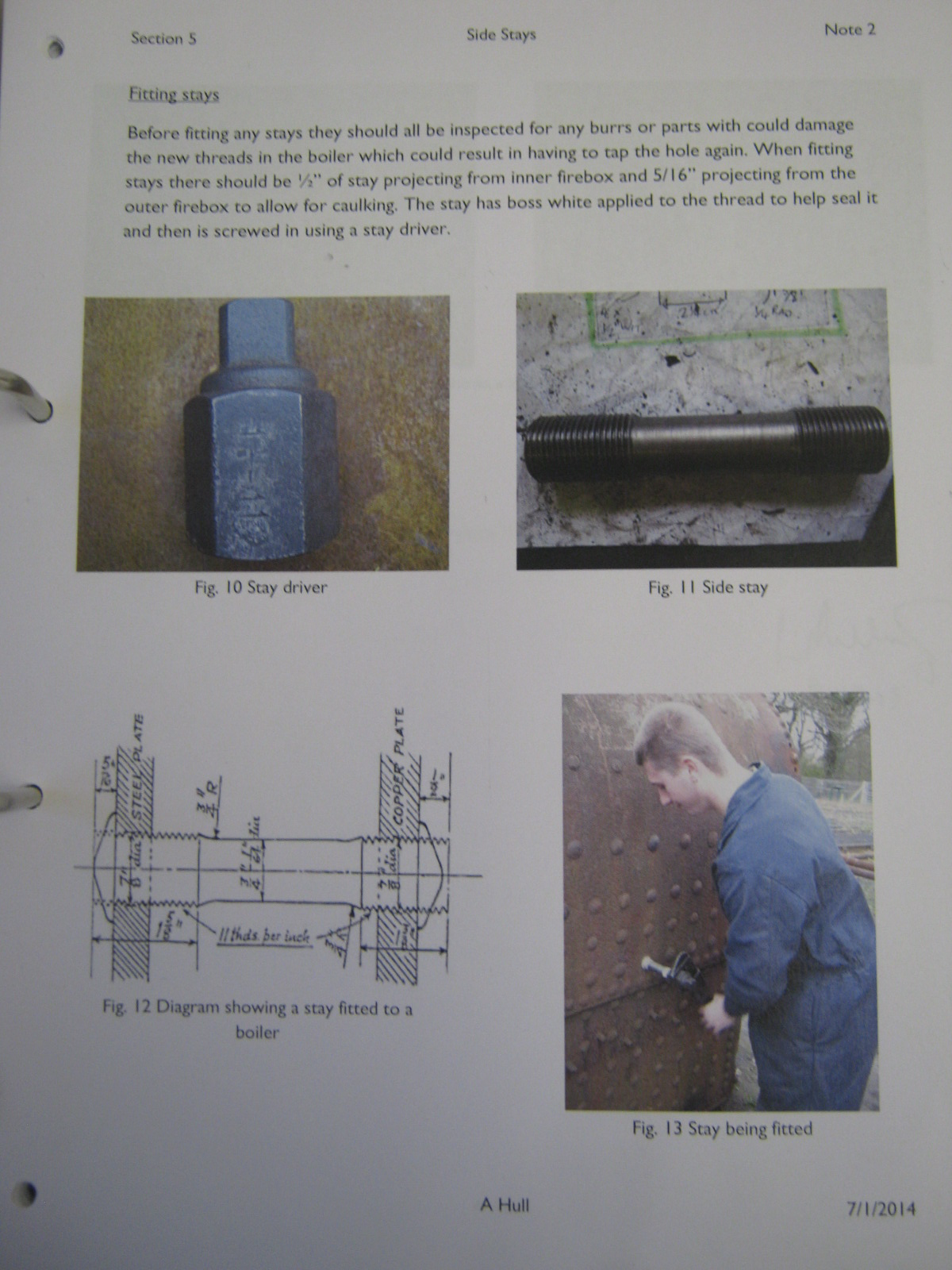 The apprentice in-house training follows ‘modern day best practice’. The trainee is responsible for producing a portfolio of evidence and experience, this is regularly monitored. Outside of working hours they also continue to practice and improve on the skills they have gained.

WHY NOT JOIN THE TEAM?

New volunteers are always welcome in the Works, we have a vast range of tasks that need completing to keep the fleet ‘in steam’ and no special engineering skills are required. If you want to join us in restoring and maintaining our historic locomotive fleet please contact the railway’s Volunteer Coordinator and arrange to pay us a visit.