‘Team Terrier’ continues to make steady progress on the cab floor repairs. New steel plates have been cut to size and rivet fixing holes have been back marked, drilled and countersunk; holes have also been made for the other fittings and features. 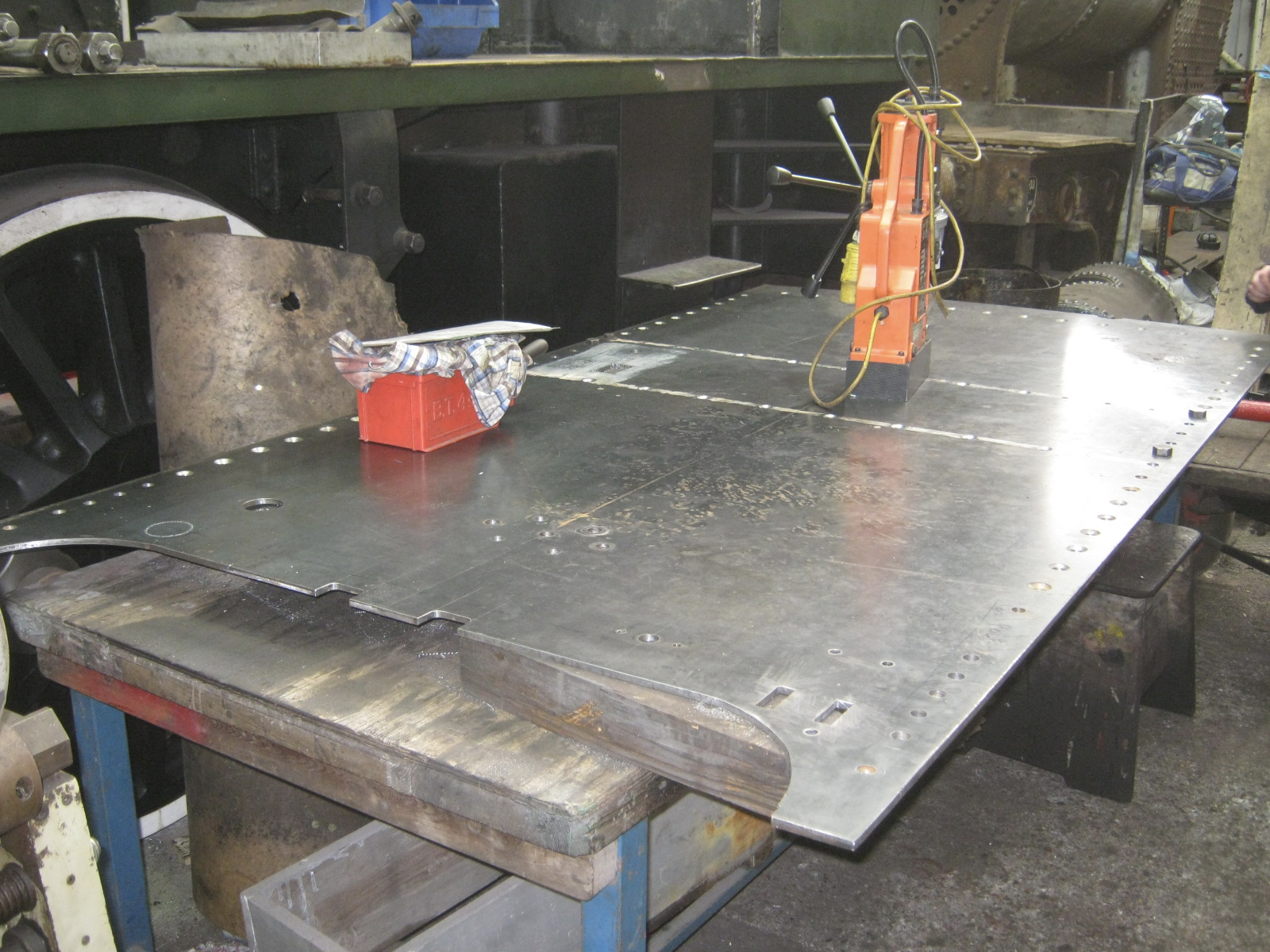 The hefty cylinder mounting plate has been ‘hot’ joggled in a press using a former produced in our machine shop. During the strip down it has been found that the trailing horn blocks are different; this has resulted in the drawbar stretcher not being fitted square and a shim has been produced tapering in two axis to compensate. Work is also progressing on replacement parts for the cab and bunker. During early March ‘Freshwater’ was temporarily reassembled to allow it to leave the works, successfully gaining this year’s boiler steam test. Rivetting is now virtually completed allowing the many reconditioned parts to be refitted. 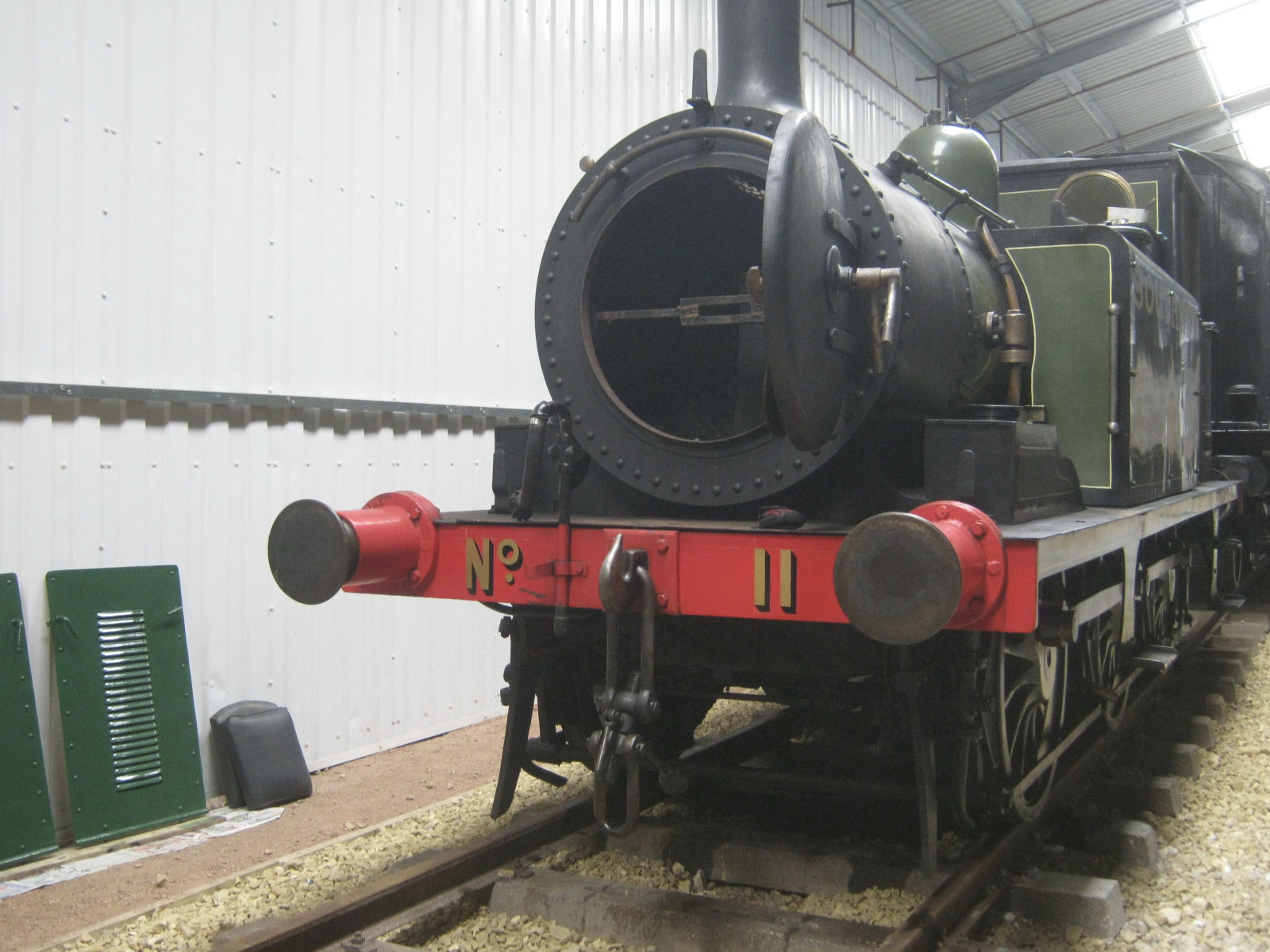 Benefiting from undercover storage in ‘Train Story’, W11 emerged into the daylight sporting new buffer beam numbers in a style c.1926. Recent years have seen a few un-numbered buffer beams. The last item to complete in a repaint is often overlooked with demands to re-enter service taking priority. Painting continued during the winter months, and W24 left the works in early March glistening. The ‘key hole’ surgery to remove scale found in the boiler was found to be a larger task than expected. In total ten boiler tubes were removed in ‘flower shaped’ patterns to clear the water spaces on the fireman’s side of the boiler.

The machine shop also produced new bronze fittings for the sight feed lubricator following a complete strip down to allow mounting in a lathe. After assessment the left hand big end also underwent machining to give flat surfaces which have worn over the years, correct size shims to compensate for the removed places were then required. 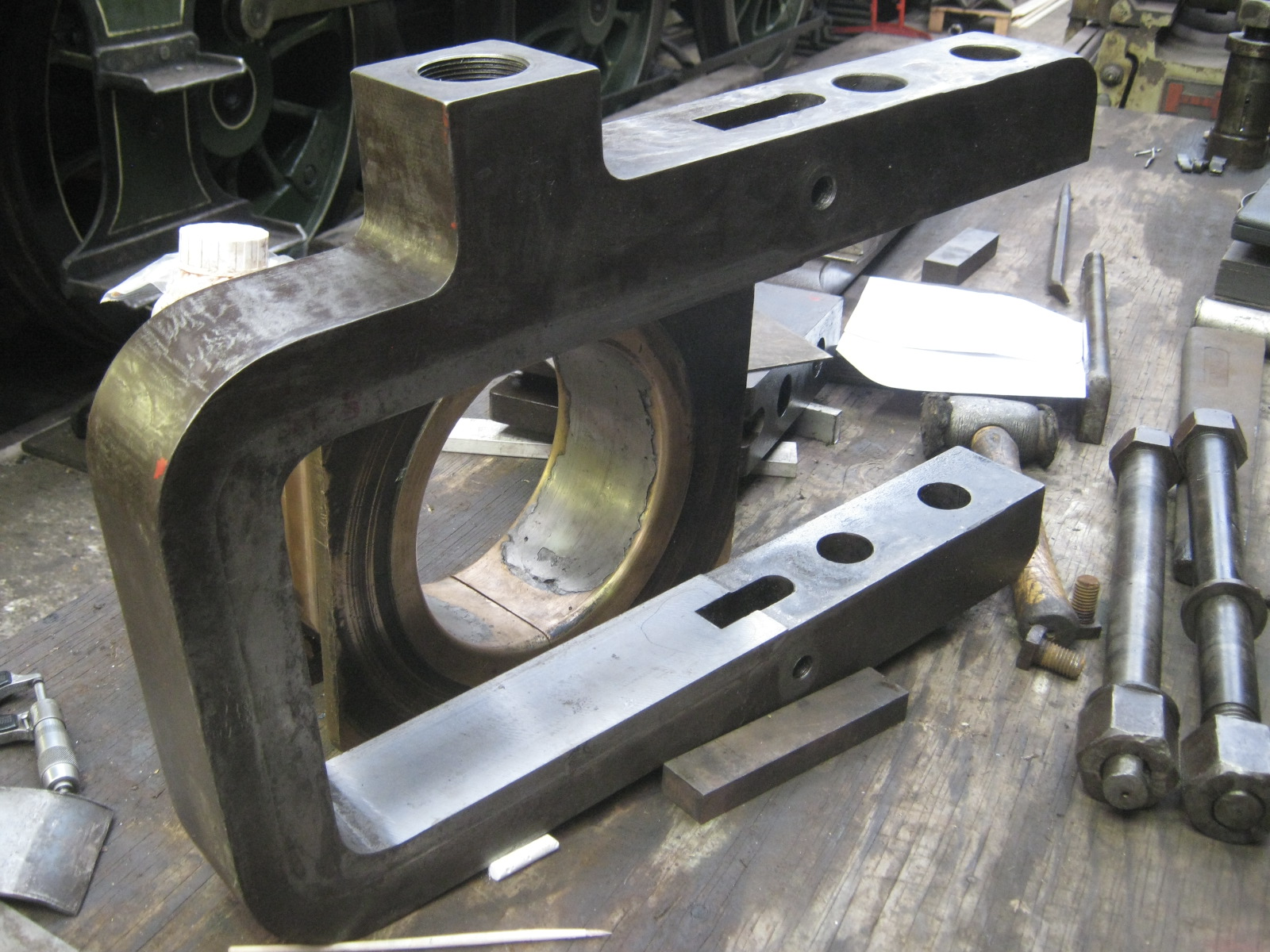 The remainder of work on the motion will be deferred (being within limits) until the end of the season when valve and piston work will be required because of the mileage covered. Some running gear improvements are scheduled to be complete during boiler washout periods. 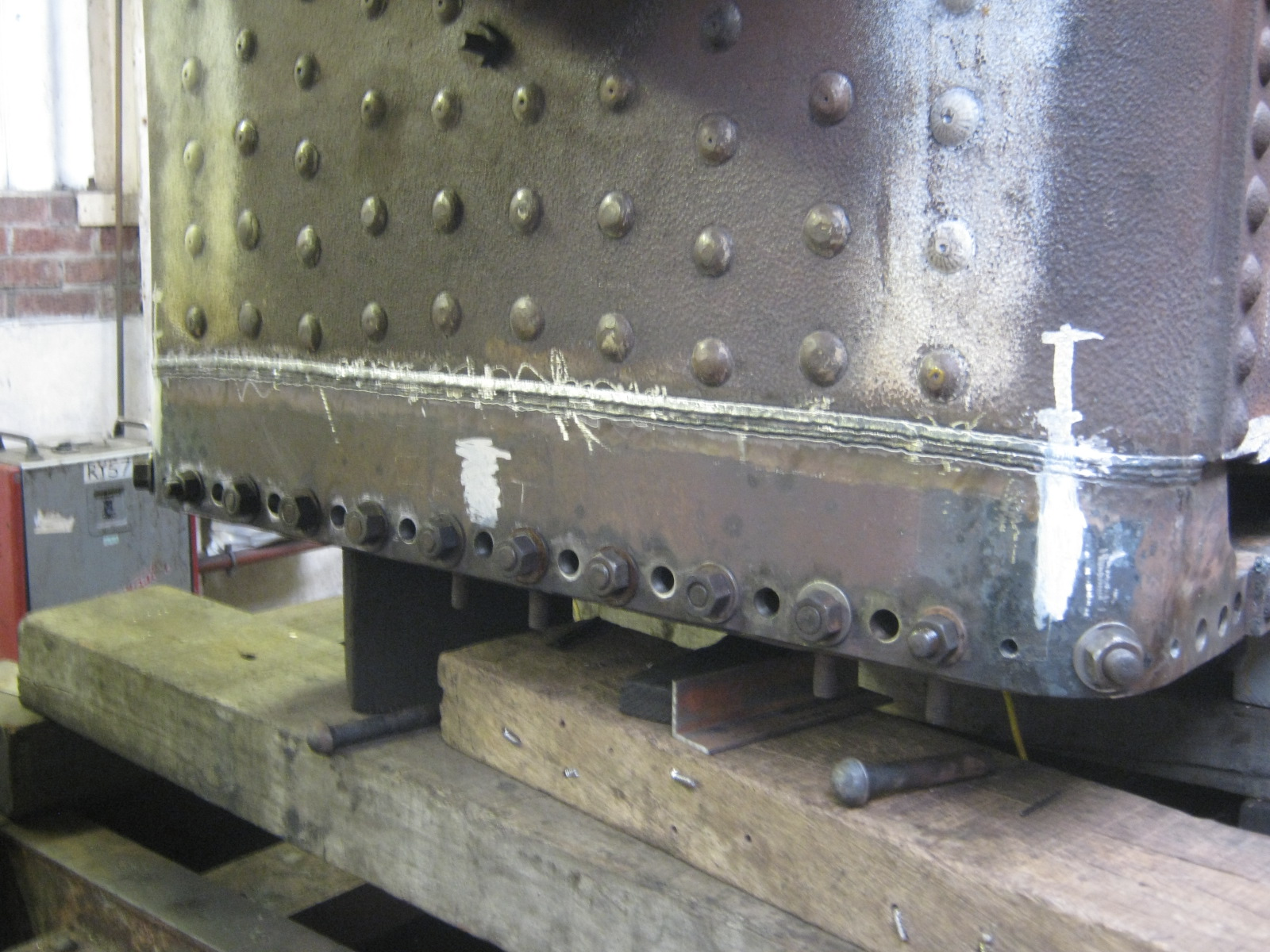 The front and back foundation ring repair plates have been welded and rivetted into place. Following this the grooved side plates were removed and replacement patches have also been produced and welded in place and await rivetting. 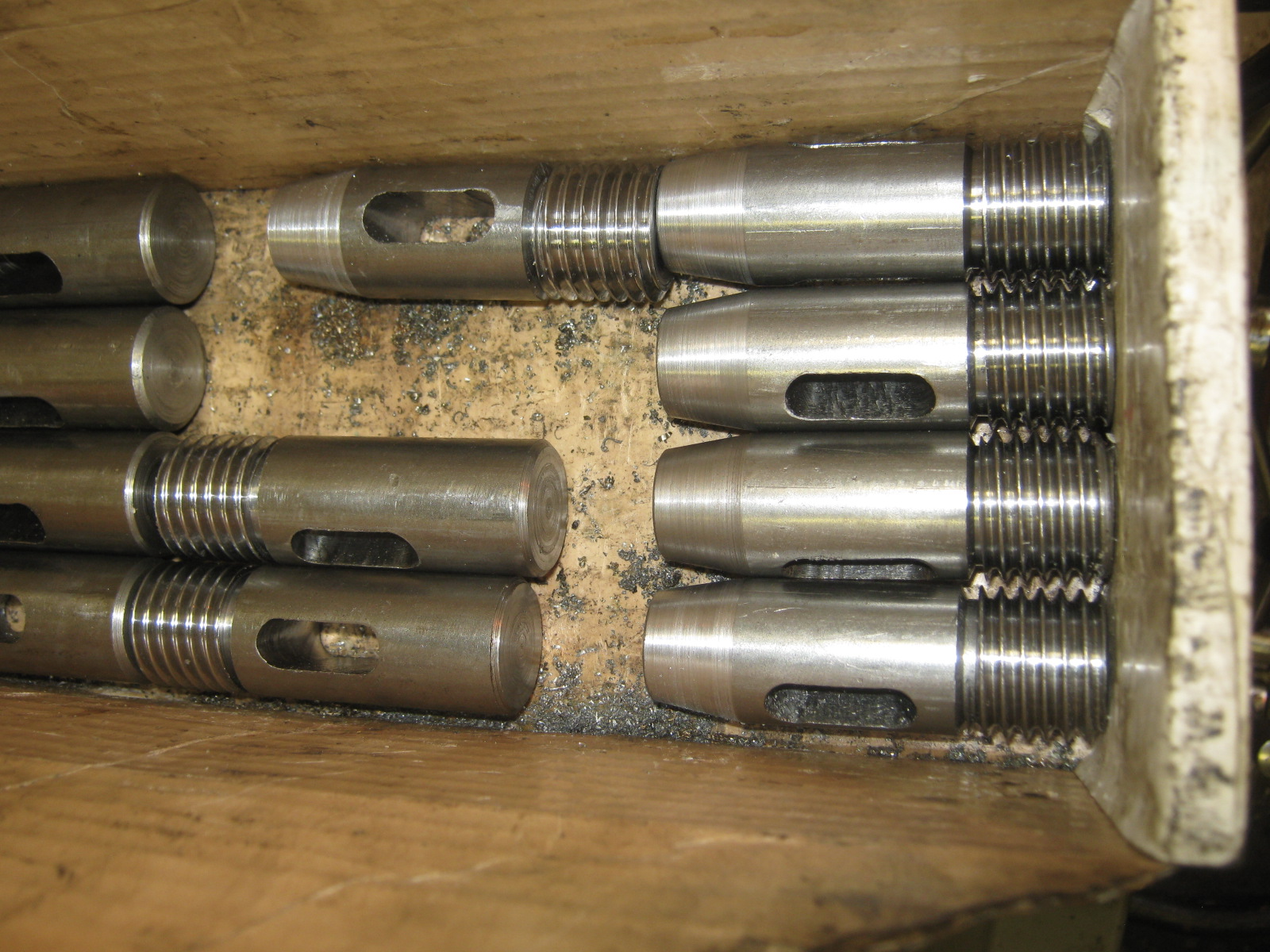 Away from the boiler there has been a production line producing many different studs required for the boiler. Although straightforward, some take as much a half a day to produce, being a basic turning task. Many have been produced during volunteer and apprentice training sessions. 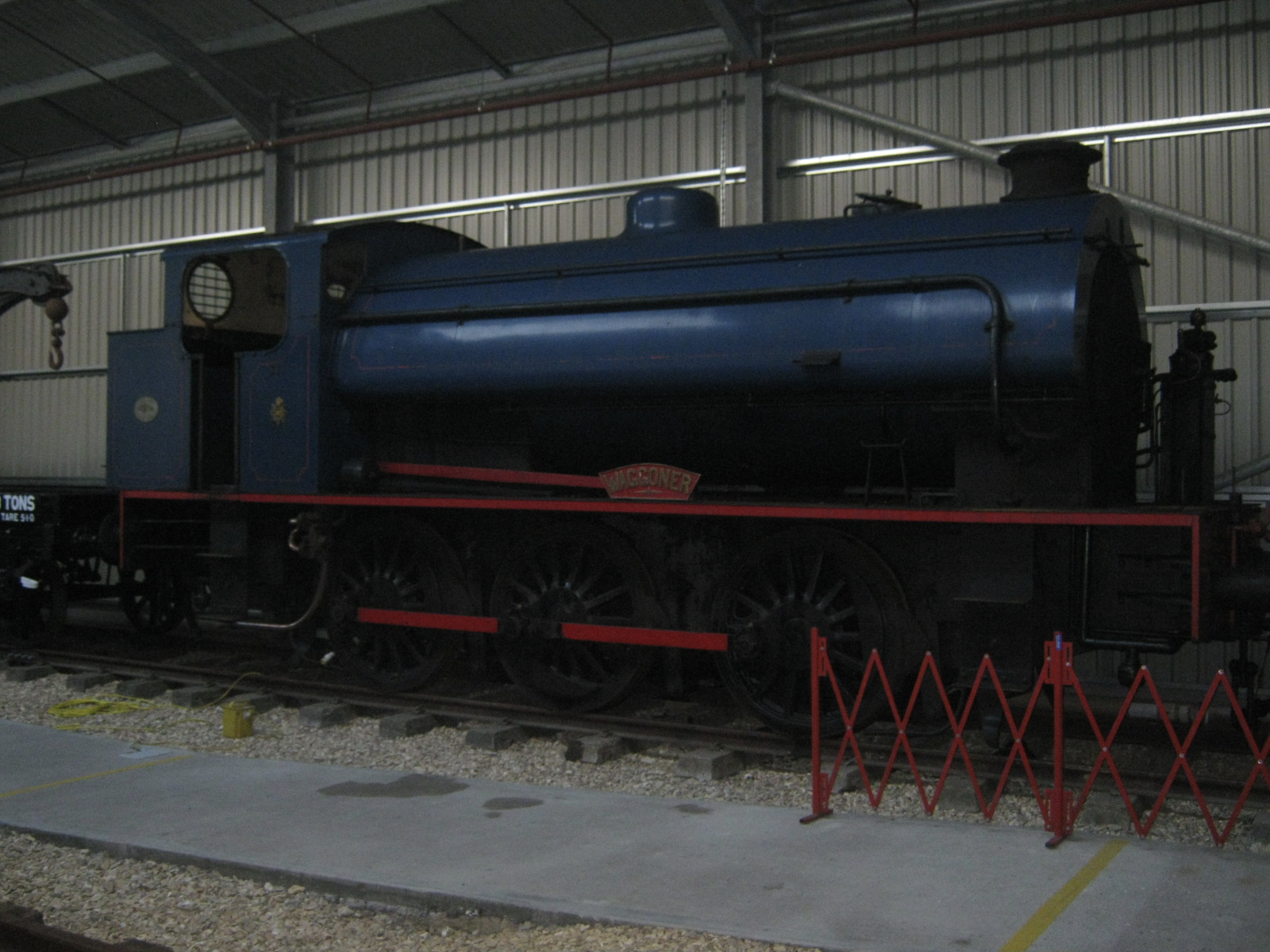 Currently in storage in ‘Train Story’, Waggoner looks impressive as the public can view it close up from ground level as she awaits the start of the project to overhaul the boiler. Experience has shown that to strip an ‘Austerity’ for boiler repairs is a relatively quick operation and this,coupled with storage issues of dismantled parts, means that a start will not be made until workshop space is available. A start is planned when 198 is approaching re-assembly to allow best use of crane hire and storage vehicles and will provide continuity of work for our boiler team. 41298 has recently been fitted with a steam chest pressure gauge to assist drivers in the smooth operation of the locomotive.

With a new boiler certificate 41298 operated the first passenger services of the 2016 season and completed 14 days of uneventful service. The regular use of the blow down valve has resulted in there not being a need to stand the locomotive down for an intermediate water change. This noisy process blasts out a large amount of boiling water (and sediment) from the boiler in a little over 30 seconds.

This class of locomotive has many different features to others operated on our railway and an extensive programme of crew training has been undertaken. 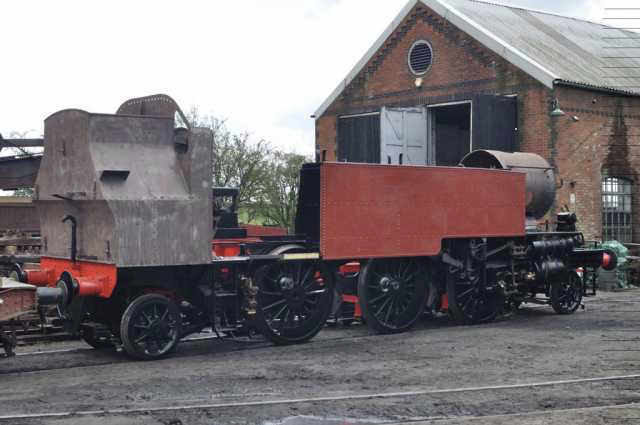 Steady progress is being maintained on the overhaul at Cranmore. The locomotive is back on all its wheels and the bunker and fireman’s side tank have been refurbished and refitted. 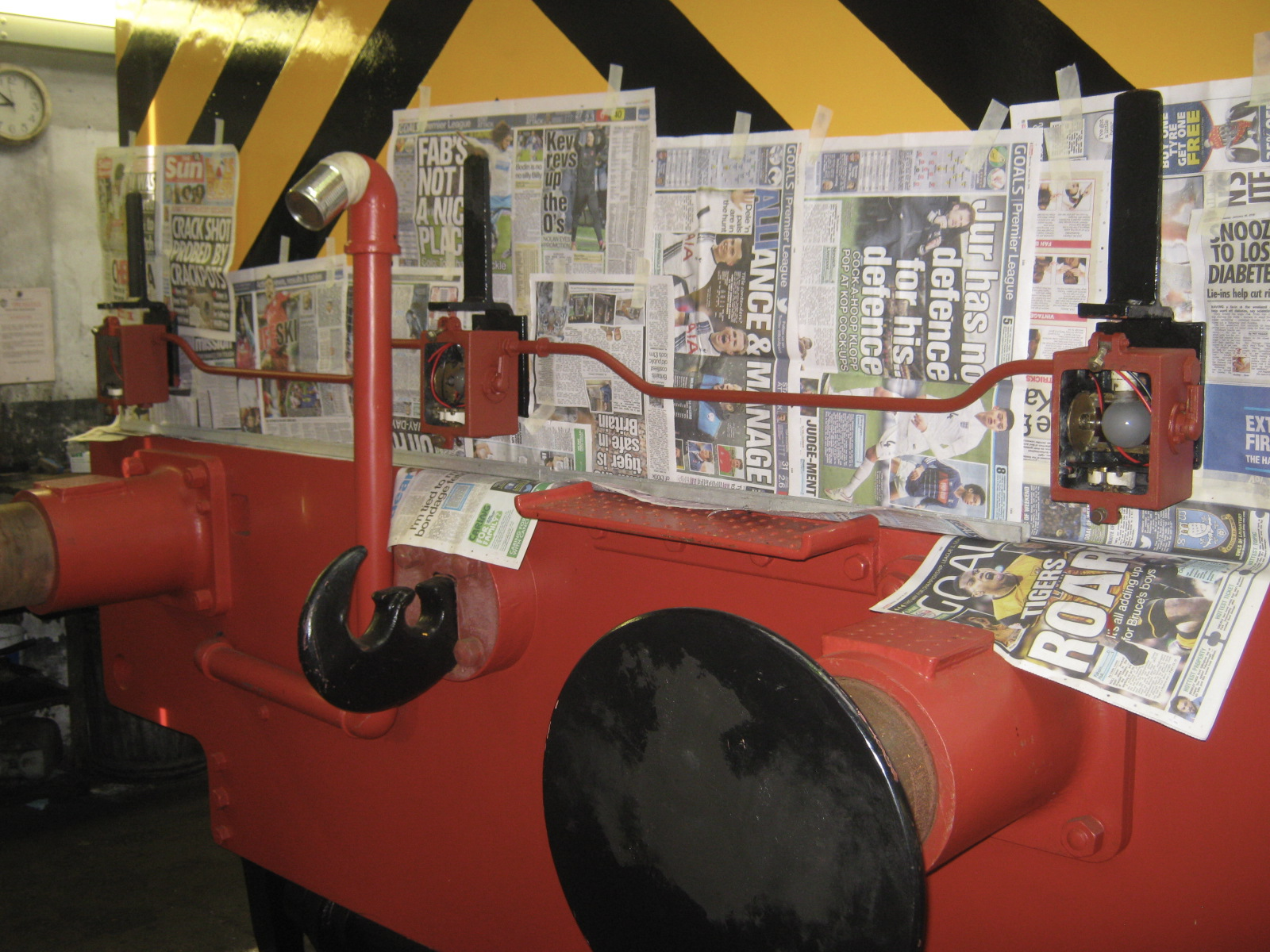 Painting has continued on ‘Nuclear Fred’; unfortunately this has been hampered by cold conditions in Train Story during the winter months that has slowed the painting process. However, ‘Team Diesel’ have persevered with the other tasks in hand, in particular some exterior cable conduits needed replacement and these had to be manufactured from tube stock as the original size is no longer available off the shelf.

Again in action on two days in January, the opportunity was taken to provide some driver training as operation is often described as ‘different’ from our other diesels. Work space allowed D2554 to be driven into the works mid March to complete work in readiness for a charter booking in April. Towards the end of 2015, D2059 spent a few days in ‘Train Story’ to assess the extent of repairs required to rectify badly leaking cab windows. The locomotive was returned to service in time for use over the ‘Santa Specials’ period.

In the New Year ‘Edward’ was again taken out of service to complete a full repair on the windows by welding in new plate to replace badly corroded sections.