On a typical running day we need a large number of volunteers to run the railway. Not only will you see the Driver and Fireman on the engine but behind the scenes you will find the Duty Fitter and Cleaners to ensure the engine works well and looks its best.

On the train will be a Guard whose job it is to see that the train is operated safely and a Conductor to sell and check tickets. A Signalman will be on duty in the signalbox where wire and rods connect the signals and points to a central lever frame allowing just one person, the Signalman, to control train movements in the station area.

The platform will be under the control of the Platform Foreman. Alongside the Foreman will be a Ticket Collector and a number of Porters. Their job is to check tickets and to ensure that passengers find their seats. You will notice that the Platform Foreman indicates to the Guard when all the platform work is complete before the Guard waves their green flag to give the ‘right away’.

In the Ticket Office the Booking Clerk will sell tickets to passengers. In addition to these, staff are needed in both the Station Refreshment Rooms and Shop.

At Wootton and Smallbrook, both termini, a Booking Clerk, Pointsman (to operate the groundframe when running the engine round its train) and a Porter will be rostered to man the station. 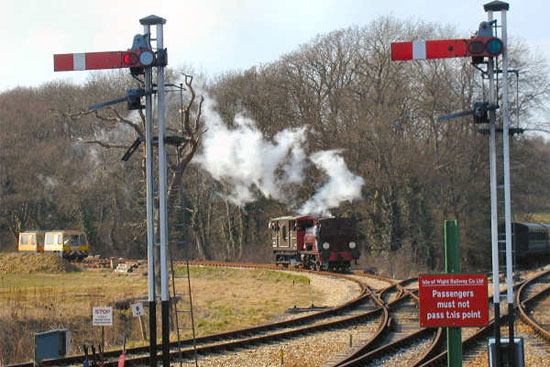 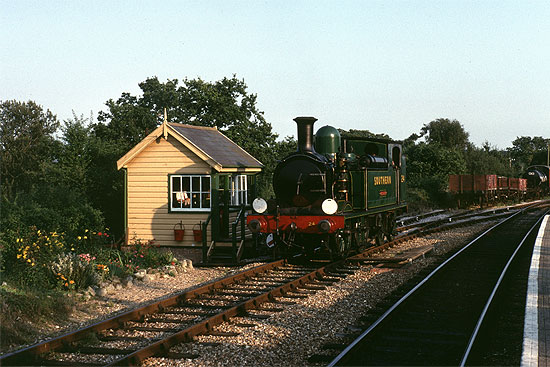 Although volunteers run much of our line we have to maintain the same standard of safety as the national railways, and are similarly monitored by the Railway Inspectorate. All of our safety critical staff have undertaken lengthy training and all are monitored to ensure that standards are maintained.

Trains require long stopping distances, but signalling has evolved to provide the safe passage. From early times, wire or rods to a central lever frame in a signal box linked signals, points and other apparatus. This allows one person, the signalman, to control movements over a large area. Interlocking between levers guards against conflicting movements. The railways pioneered the electric telegraph and have generally kept up with technology. Our railway uses authentic mechanical signalling. The main ‘running’ signals are 4ft long arms with a red painted face, held in the horizontal for ‘stop’. These arms then move down or (if a later design) up when pulled off to allow a train to pass. You will also see smaller signals, usually at ground level, to control shunting movements. At night, a light will illuminate the spectacle glass attached to the arm to show red (stop) or green (proceed).

An essential feature of any railway is a means to prevent two trains being on the same section of track, with the risk of collision. On our single line, a ‘single line token’, a large key or round tablet, achieves this; the driver is given this in a pouch by the signalman. The pouch has a large hoop on it to help the fireman ‘catch it’ when the train is passing through the station. Only one token can be taken from the instrument in the signal box for any section of line. These instruments are interlocked with the signals to provide further safeguards. 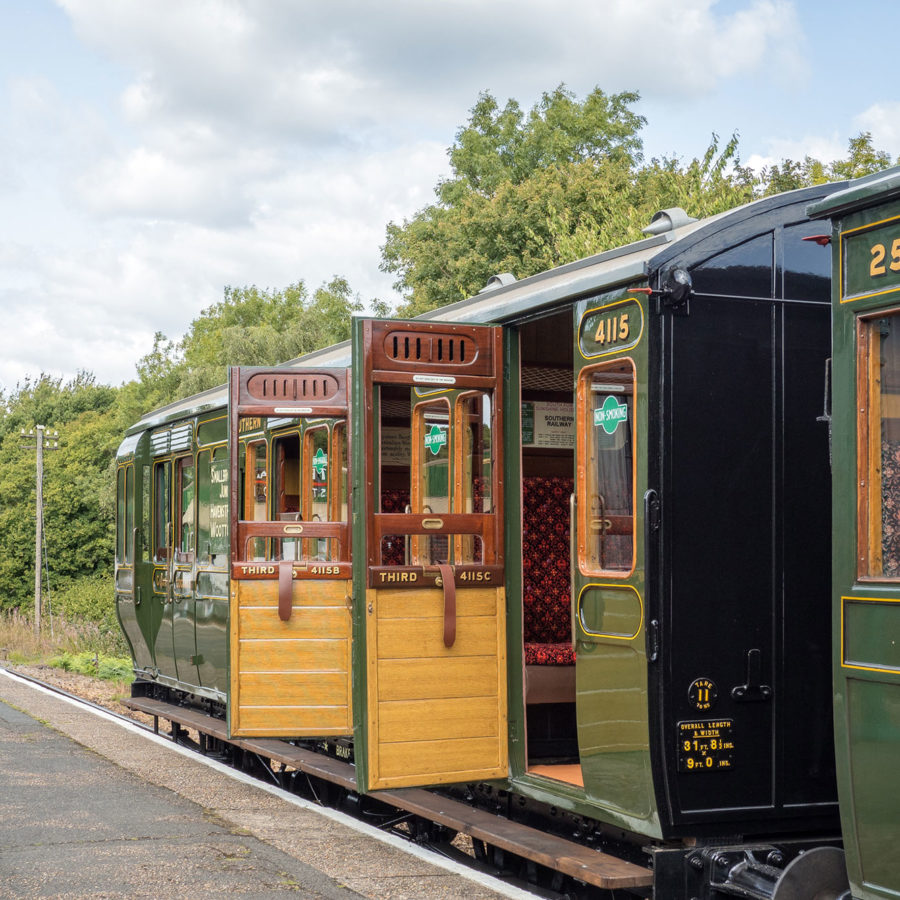 The most magnificent collections of historic railway vehicles