It became a Junction Station in 1882, following the construction of the Bembridge branch, which lasted in passenger service until 1953 (closing completely in 1957).

Following the end of steam on the Island in 1966, Brading signal box continued to signal the electric trains right up till 1988, when the down line was removed, and the full control of the Ryde – Shanklin line was passed to Ryde St John’s Road box…

With the down line removed the Island platform (which had previously served both the down line and branch) found itself isolated, and along with the disused signal box, became overgrown, and derelict, and by 1998 threats of demolition were looming, but this was not to be the end of the story… 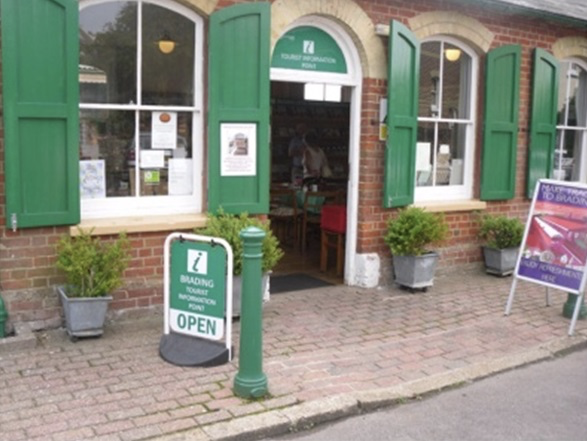 In 2004 Brading town Council started a project to restore the station to its former glory, fast forward 10 years to the present, and the volunteers from Brading, assisted by volunteers from the Isle of Wight Steam Railway, have made great strides in the restoration of the station buildings, the island platform and the signal box, which is now (new for 2014) fitted with a simulator allowing members of the public to experience just what it was like to be a 1950’s signalman at Brading.

This award winning attraction also features a café, shop as well as various railway exhibits, and is only a 5 minute train ride from our own Smallbrook Junction Station. 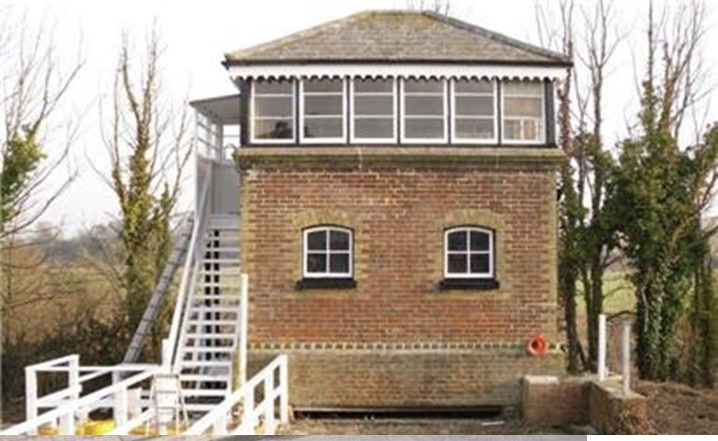 The Visitor centre is open on
Tuesday, Wednesday, Thursday, Saturday, Sunday
between 3rd May and the 30th October
Between 10am and 4pm
Tours to the Signal box cost £1

Why not combine a visit to the Steam railway with a visit to Brading using an Island Liner Rover Ticket allowing unlimited travel on both the Isle of Wight Steam Railway and the Island Line Electric railway, via our interchange at Smallbrook Junction, for £15 Adult, £7.50 Child.