Wootton Groundframe is on the Move!

Wootton Groundframe is on the Move!

Chaired by Operating Manager Clive Miller, the meeting discussed a range of issues surrounding the project to renovate and relocate Wootton’s ground frame cabin from its existing position opposite the station platform (see picture) to its new location on the purpose-built base constructed on the platform when the latter was extended in 2012 (see below).

Having outlined the task to those present Clive handed over to Roger Macdonald who enlightened the assembled company as to the history of the timber building in its various guises and previous locations.

Malcolm Smith was appointed as project manager under the auspices of Clive Miller, Jim Roberts and Bob Huxtable. With thanks to Simon Futcher’s previous efforts, adequate funds already exist to finance the project. Bob Huxtable undertook to submit the necessary change proposal to the change management committee (CMC), covering the initial phase of the project. A team has already carried out a structural survey of the cabin which was found to be reasonably robust, although parts of three corner pillars need replacing. In its view, the building still has a reasonable life ahead of it and should adequately survive the move. The project manager will prepare a works programme, list of materials and costings. It is proposed that the roof slates and window frames will be removed prior to being moved.

A number of different methods to move the building were discussed, some of which were quite inventive. This aspect of the project will be managed by Bob Huxtable and Clive Miller and it is hoped to complete the move prior to the seven-day-a-week running in July 2016.

Once in place on the platform and all remedial repairs to the woodwork have been completed it is proposed to repaint the box in the same Isle of Wight Central Railway colours as used on the other platform buildings. The colours are red stallion and sienna sand. 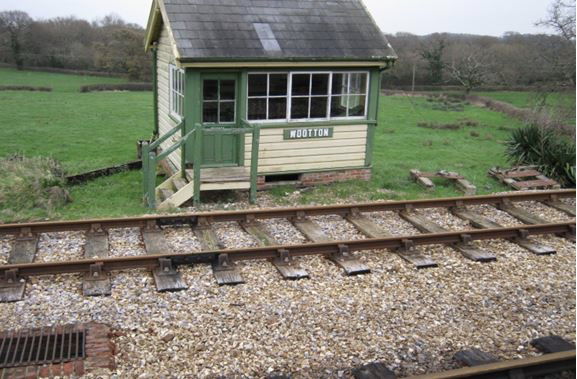 The installation of signalling equipment and commissioning of the lever frame will be undertaken by Pete Corby and his team of Rail Infrastructure engineers. However, their current focus is on completing the project to commission the West End signalling at Havenstreet.

It is proposed to reinstall the existing Saxby and Farmer frame which was formerly used in Shanklin signal box. Shanklin ‘box was abolished on 28 July 1979 and demolition occurred during the early months of the following year. Although only eight levers were used before signalling at

Wootton was temporarily removed in January 2008, the frame has capacity for 20 levers. It is proposed that the signalling equipment will ultimately resemble that used by the Isle of Wight Central Railway at Ventnor West.

During the meeting Malcolm Smith compiled a list of skills offered by those present and it soon became apparent that nearly all the tasks can be undertaken from within our own volunteer resources.

General Manager Peter Vail expressed his excitement that an enthusiastic team had been brought together to undertake and deliver this long-outstanding project. He thanked everybody for attending and looked forward to seeing the completed project. 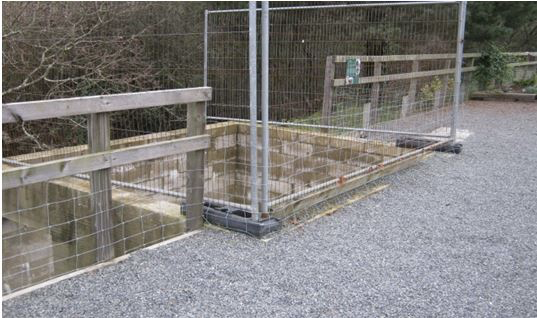