Our skilled team of craftsmen and engineers from the Isle of Wight Steam Railway will be starring in a new Channel 4 television series, ‘Great Rail Restorations with Peter Snow’, which will be broadcast from 8pm on 6th June 2018.

In each episode, Peter Snow challenges a heritage railway to undertake the complete restoration of a carriage in just six months, a job that would normally take four to five years. In 2016, the production company contacted the Railway to explain the format.
My first reaction was it was just impossible. But after some consideration we felt that the being able to restore a genuine Island carriage, of historical importance and be part of a national television series was just too good an opportunity to for us to miss.

The Railway selected a carriage that was originally designed to run on the Isle of Wight and built by the Railway Carriage Company Limited of Oldbury near Birmingham. ‘Oldbury Number 10’ as it is called was built in 1864, making it the oldest of the projects undertaken for the programme. It’s one of a collection of six Oldbury carriages that have been rescued in various states of decay over the years and preserved awaiting restoration as a long-term ambition of the Railway.

The five episode programme commences on Channel 4 at 8pm on Wednesday 6th June and the episode featuring the Isle of Wight Steam Railway is screened at 8pm on Wednesday 13th June. The three other restorations all cover different eras. It will be presented by Peter Snow together with Henry Cole, who both became regular visitors to the Island over the six months of filming.

We are thrilled with the outcome. The programme demonstrates our team’s talent and skills. Added to this the Railway and the Island look just great. 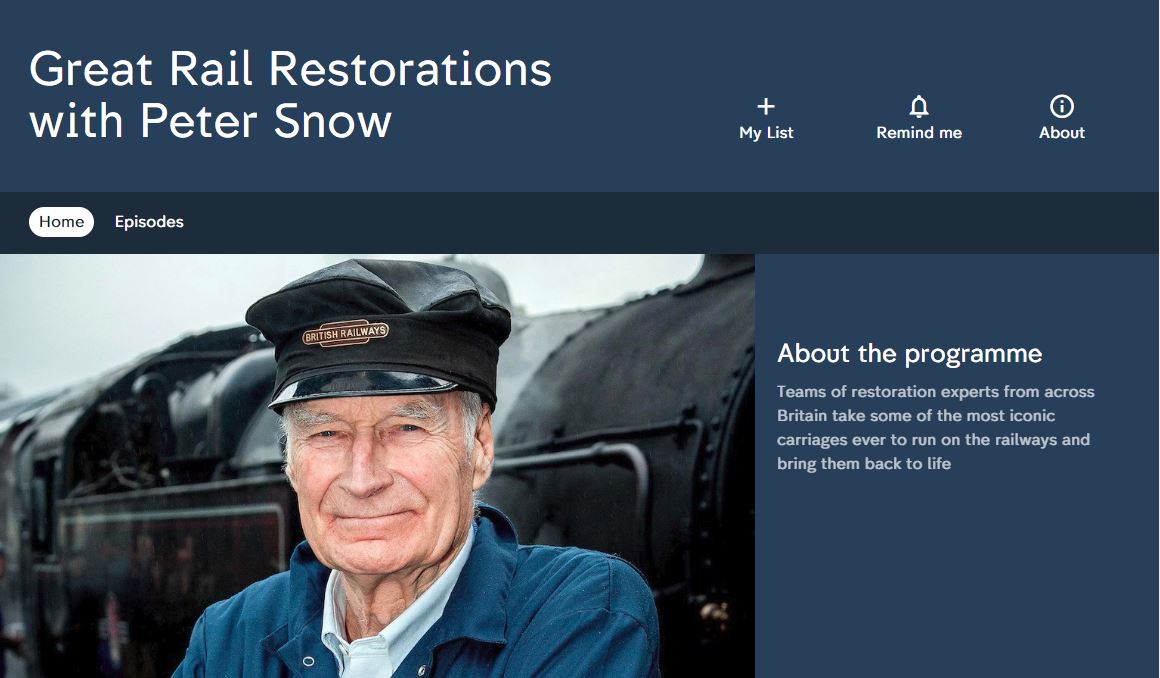