Having completed 14 years at the helm of the Isle of Wight Steam Railway as the General Manager, Peter Vail has announced his decision to step down and retire. Within the heritage railway movement Peter is possibly one of the longest serving General Managers and under his leadership there has been much positive progress.

The background to Peter’s appointment in April 2005 dates back to the mid-1990’s when following the line extension from Havenstreet to Smallbrook Junction the Railway found both resources and finances stretched to a critical point. The board’s solution was to appoint a local businessman, Hugh Boynton, as the first General Manager. Hugh’s task was to reduce spending and introduce strict financial controls. Nine years later Peter was appointed with the Railway’s finances in exceptionally good shape, but the business had suffered from a necessary lack of investment over this period of time.

Prior to joining the Railway Peter had a 30 year career working for HSBC bank in the East Midlands, latterly as a branch and commercial manager. By his own admission Peter’s knowledge and experience of railways was non-existent. However, the board were looking for a business leader with a sound financial understanding, together with a knowledge of people management and business development. 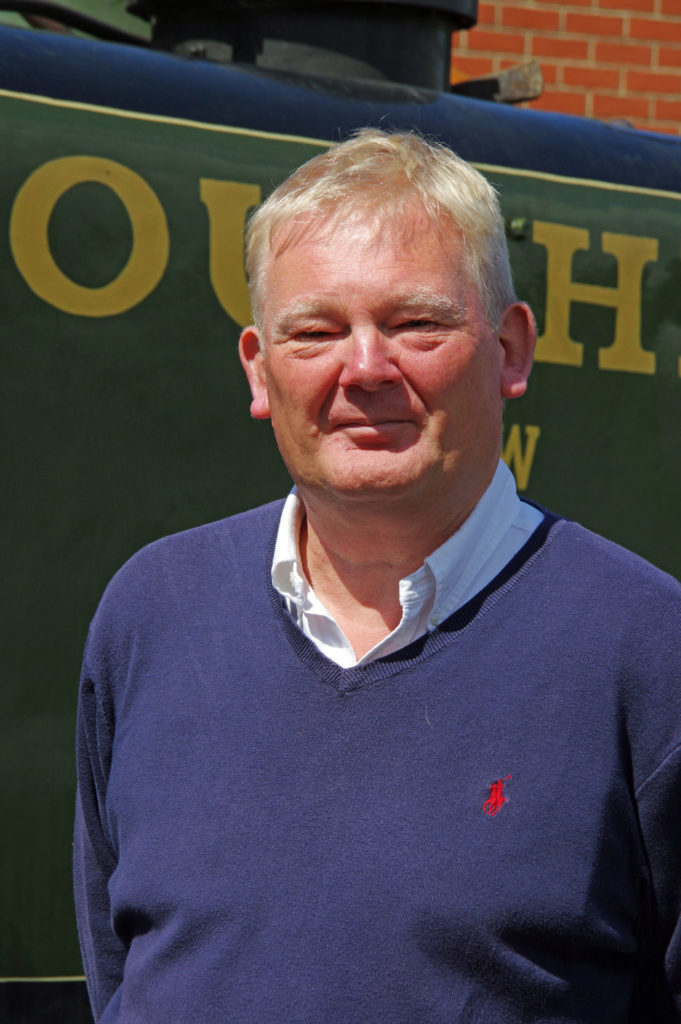 Peter recalls “My brief from the board was just two points -1. Maintain financial control. 2. Take the IWSR to the next level. This was ideally suited to my banking background and gave me a clear opportunity to be creative with the business.”

Much of the IWSR’s success has resulted from a focus on the customer experience and the Railway as a visitor attraction. The Railway has an enviable reputation for a clean and tidy site and immaculate rolling stock. There has been a focus on providing more than a 5 mile train ride and over the last 14 years the £1.2million Train Story visitor centre opened, the Railway teamed up with a local falconer who has created a highly acclaimed Bird of Prey Centre on the Railway’s site, a walk through neighbouring protected ancient woodland has been opened up.

About his time as General Manager Peter said “I liken this job to that of a football manager. We have a vast number of loyal supporters who want to see positive progress in certain areas. Decisions made will never suit all, but the priority must be what is best for the business. Key to a heritage railways success is a good relationship between the board and management team. We certainly have had our moments, but always in a positive and open way.”

“To be successful this job required total commitment and is always full on. But the reward is the progress of the Railway. I have been incredibly lucky to work under three very supportive Chairmen and have always received the backing of our board and management team.”

Peter Conway, Chairman of IWSR said “We are extremely grateful to Peter Vail who fulfilled all the commitments he made to this Railway. Our latest audited accounts confirm our strong financial position, we have no borrowing and £1.4million in the bank. Peter will be a hard act to follow but the vacancy we will be advertising presents a wonderful opportunity, for the right person!”