Upon opening in 1864 the Isle of Wight Railway bought coaches from the Oldbury Railway Carriage and Wagon Company. Remarkably a number of these carriages survive, and our long-term aim is restore a complete train from this era.

The first restoration, coach 10, was completed in 2017 for the Great Rail Restorations TV series, hosted by Peter Snow. This can usually be seen in our Train Story Discovery Centre, but runs on the line during special events. 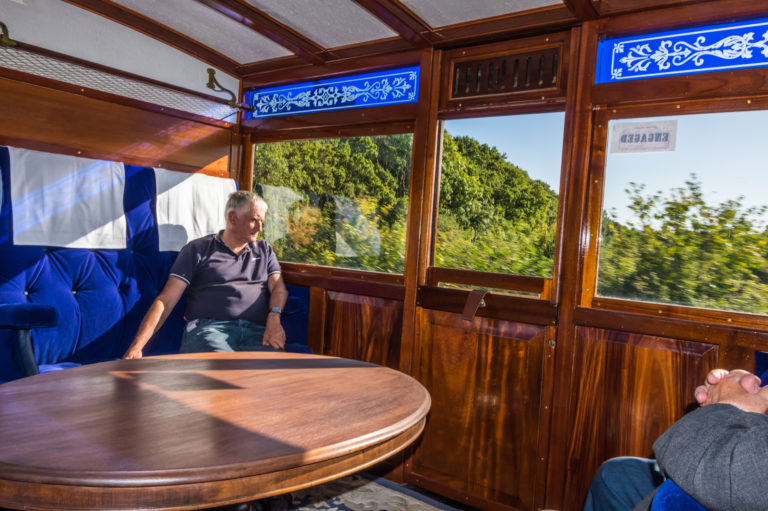 Oldbury 21: Our next restoration project

The second Oldbury coach, number 21, is now being restored in our Carriage & Wagon workshop. After withdrawal from passenger service, the body was sold and became a garden shed near Yarmouth, and was donated to the Railway in 1980. This carriage has three equally sized First Class compartments, and when complete, will be a splendid addition to our fleet.

A principle of carriage restoration is to salvage and reuse as much original material as possible, even if timber ends up being used somewhere other than in its original location. Our skilled craftsmen had to rebuild much of the wooden frame to ensure that this was structurally sound. When complete the body will sit on a wooden glue-laminated underframe that was ordered when we rebuilt coach 10. We still need to purchase (or make ourselves) most of the metal components.

Work on the carriage is now roughly at the half-way point. Take a look at the photo record of the restoration so far, compiled by volunteer Derek Atkins – see HERE 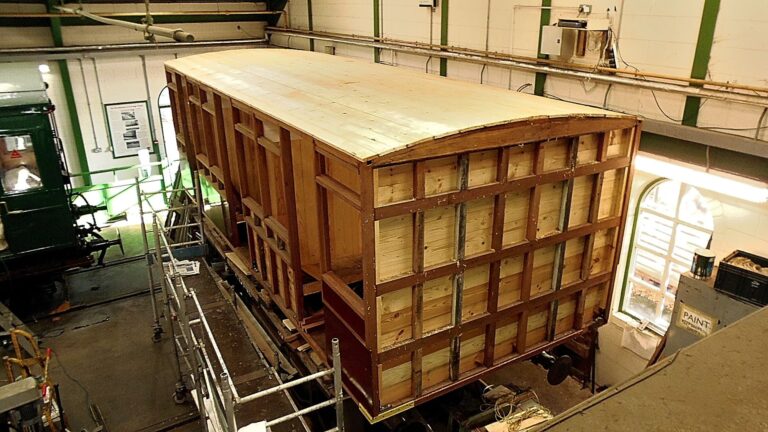