A Day on the Heritage Goods Train

A Day on the Heritage Goods Train

The Steam Railway has an impressive collection of restored goods wagons. These usually run every month on our Heritage Train Days, giving our visitors an insight into this once important aspect of the railway.

“The Goods Guard and Shunter are two of the most varied roles on the railway. There’s much in common with being a guard of a passenger train, with a few notable differences.  Like every role on the railway the day starts by signing on. I’ll then collect the tools of the job: a radio, the keys to Train Story, a Brake stick if I’m planning to move any of the unfitted goods wagons, plus my hi-vis jacket and gloves, a pair of flags, a whistle, a lamp and most importantly my lunch!

At the start of the day we’ll need to shunt the heritage goods train with a specific set of wagons. I often plan a shunt the day before, but this isn’t always possible so I’ll first need to know where each vehicle is located, and plan the manoeuvres needed to form the train.

For those of you who have watched Oh Mr Porter, the scene where they plan a shunt using pocket watches (which can be found HERE) is pretty accurate. Personally I have found it necessary to also use all the cards from my wallet, my carriage key, radio, mobile phone and a pre-packed sandwich to represent all the vehicles involved.

The Walk around Check

Before I move any rolling stock, I need to perform a quick walk around check. First I need to protect myself, by placing a not to be moved board or a red flag on the end of the formation from which a loco could approach. Examples of things I’m looking for are: 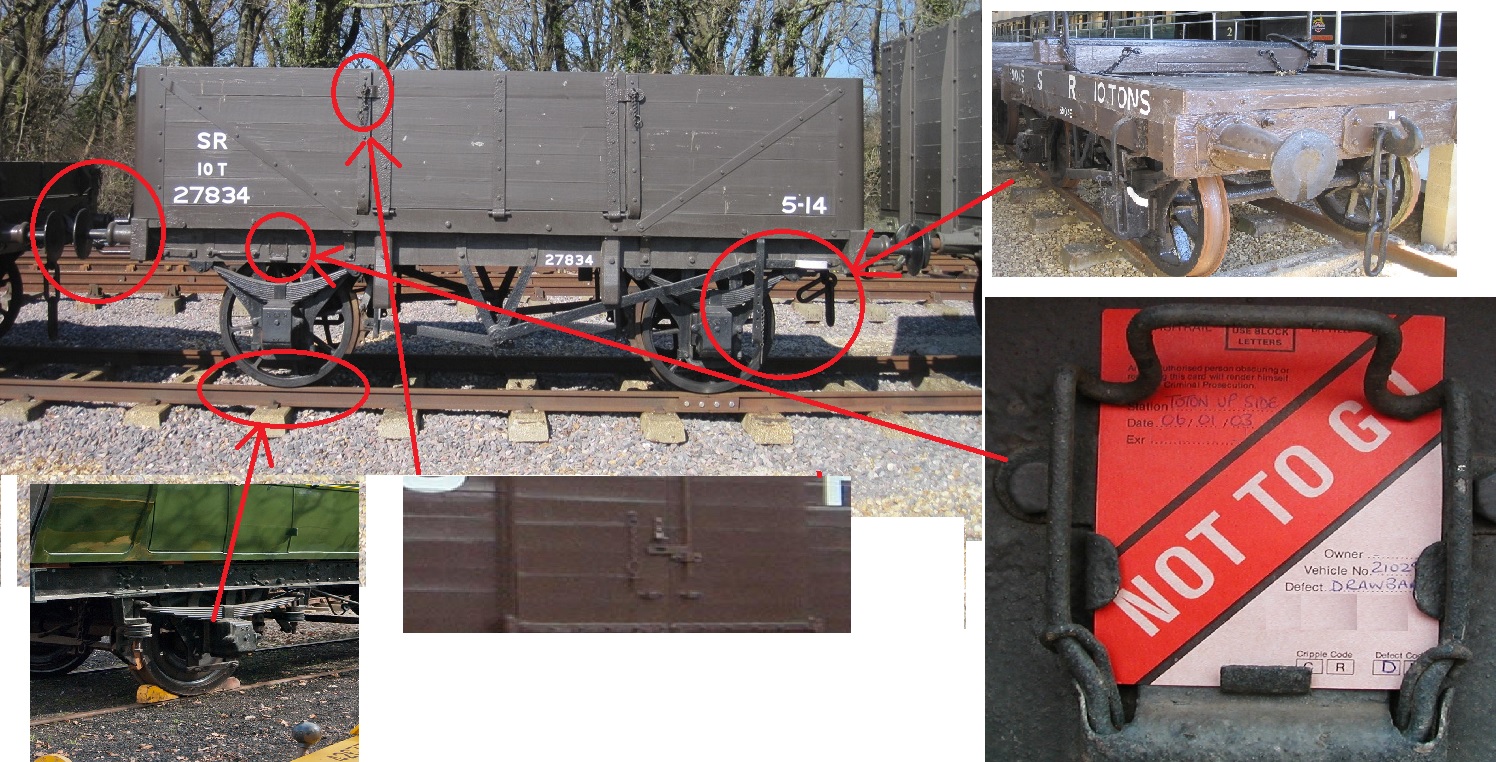 From the top Clockwise:

When all this is completed, I can remove my ‘Not to be Moved’ board. Whilst completing the checks I will also get the brake van in order, by placing the tail lamp and side lamps on their brackets

Our heritage goods train is usually stored in Train Story Road 3, and is formed of a number of unfitted vehicles with a single brake van. Having completed my walk round checks, opened the shutter door in Train Story, and set the points to allow the loco access. I may also need to operate the ground frame to allow the loco into the sidings. Once the loco is locked inside Griffins Sidings, and the ground frame handed back to the Signalman, I authorise the driver to proceed into the sidings, and to stop past the point which gives access to number 3 road.

Once the loco has stopped I’ll ask the driver permission to go ‘in-between’. The driver will verify that his brakes are fully applied, before signalling that it is safe to do so. This is the single most dangerous part of the job for the shunter, so it is important to stay alert. On receiving the OK I climb in between to connect the coupling chain. This can be a messy job, so its advisable to wear gloves to keep the grease off your hands.

With the coupling complete I emerge from in-between and advise the driver that the coupling is complete and I also tell them, how many vehicles are present, the tare weight of the train and that the train is unfitted. I then work my way along the rake of wagons, and use my brake stick, to release all the handbrakes. After a final check I can release the brake in the brake van.

Due to the poor visibility we’re particularly careful shunting out of Train Story. I’ll first walk back to the entrance door, and position myself just outside, so I can see both inside and the area outside. After a shout of ‘Train Moving’, I’ll signal to the driver to pull the set out. As the train moves past me, I’ll watch it to insure its running complete, and that there are no dragging brakes or other issues that have been missed.

After changing the point I’ll again use hand signals to call the train towards me (a beckoning motion) walking alongside the train around the curve to the stop board which protects the double slip, where I will instruct the driver to stop. With the points set correctly on the ground frame I’ll board the brake van for the short journey into the platform, guiding the train with hand signals into the down loop, being careful to stop short of the signal at the far end of the platform. 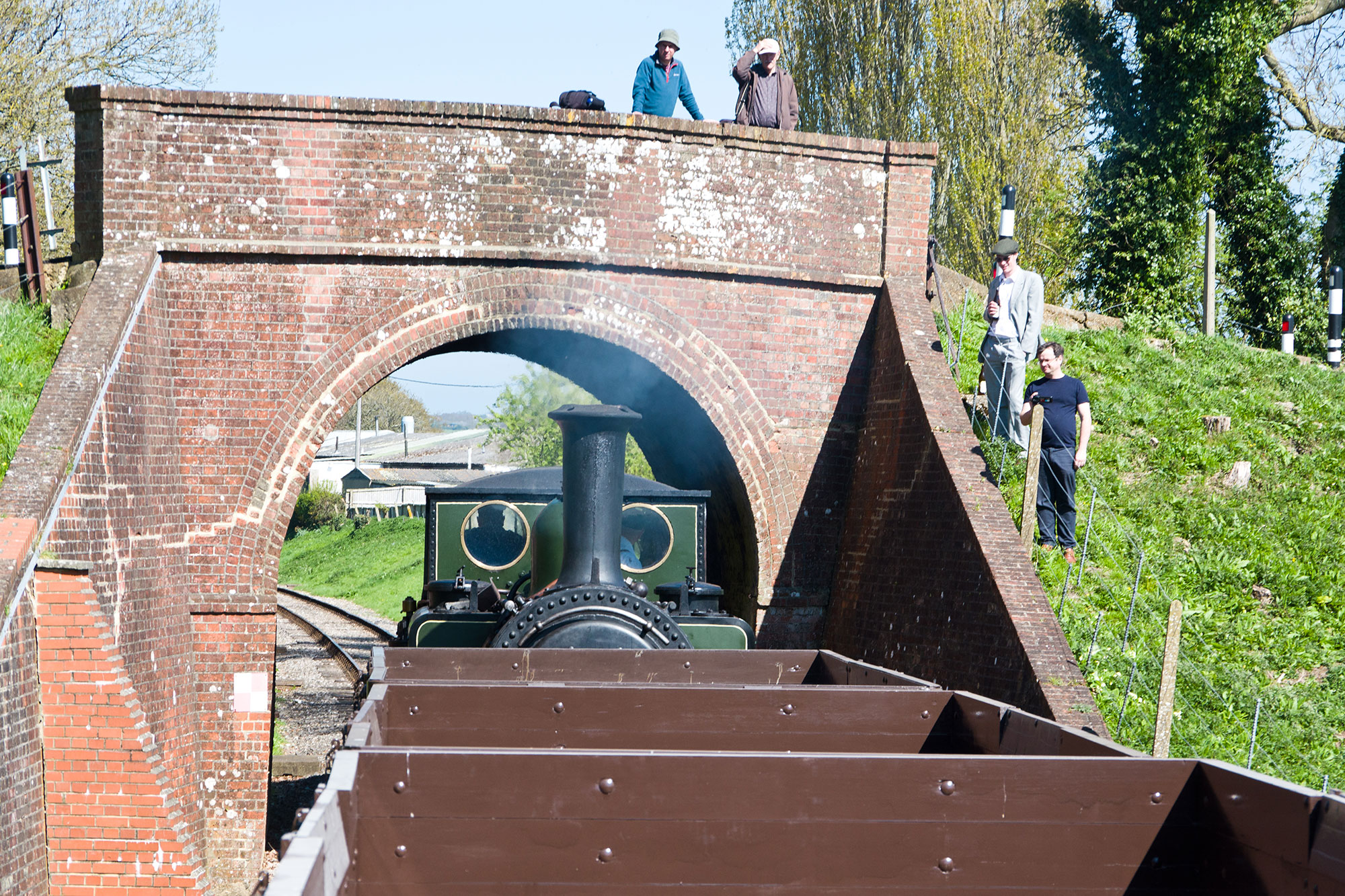 With shunting completed the train is in service, so my role changes from being a shunter to being a goods guard.

Dispatching the train follows much the same pattern as that of Passenger train. When the starting signal is showing proceed, the platform foreman gives me an alright hand signal, I’ll blow my whistle, wave my green flag, and jump in.

This is where things starts to differ. Unlike a passenger train, goods wagons, have less sophisticated couplings. As such there is a lot more slack between wagons so as the loco accelerates it picks up each wagon in turn, usually with a bit of a jolt, its best to brace yourself. Once the van starts to move, I’ll give an ‘Alright’ hand signal to the fireman to indicate that the train is running complete. Only once this hand signal has been exchanged will the driver start accelerating to line speed.

We gradually get up to speed, I observe the signals and the train in the same way a passenger guard does. Once we get on to level ground the couplings start to slacken off. I’ll set up my handbrake, by winding on a couple of turns, until the brake shoes begin to bite, then I instantly release the brake by half a turn, it’s now ready for use at a moments notice, if the driver requires braking assistance he will call for it by whistling 3 short blasts. This rarely happens as our trains are quite short and therefore light, but we’re particularly watchful in in times of poor rail conditions; in rain or autumn for example. 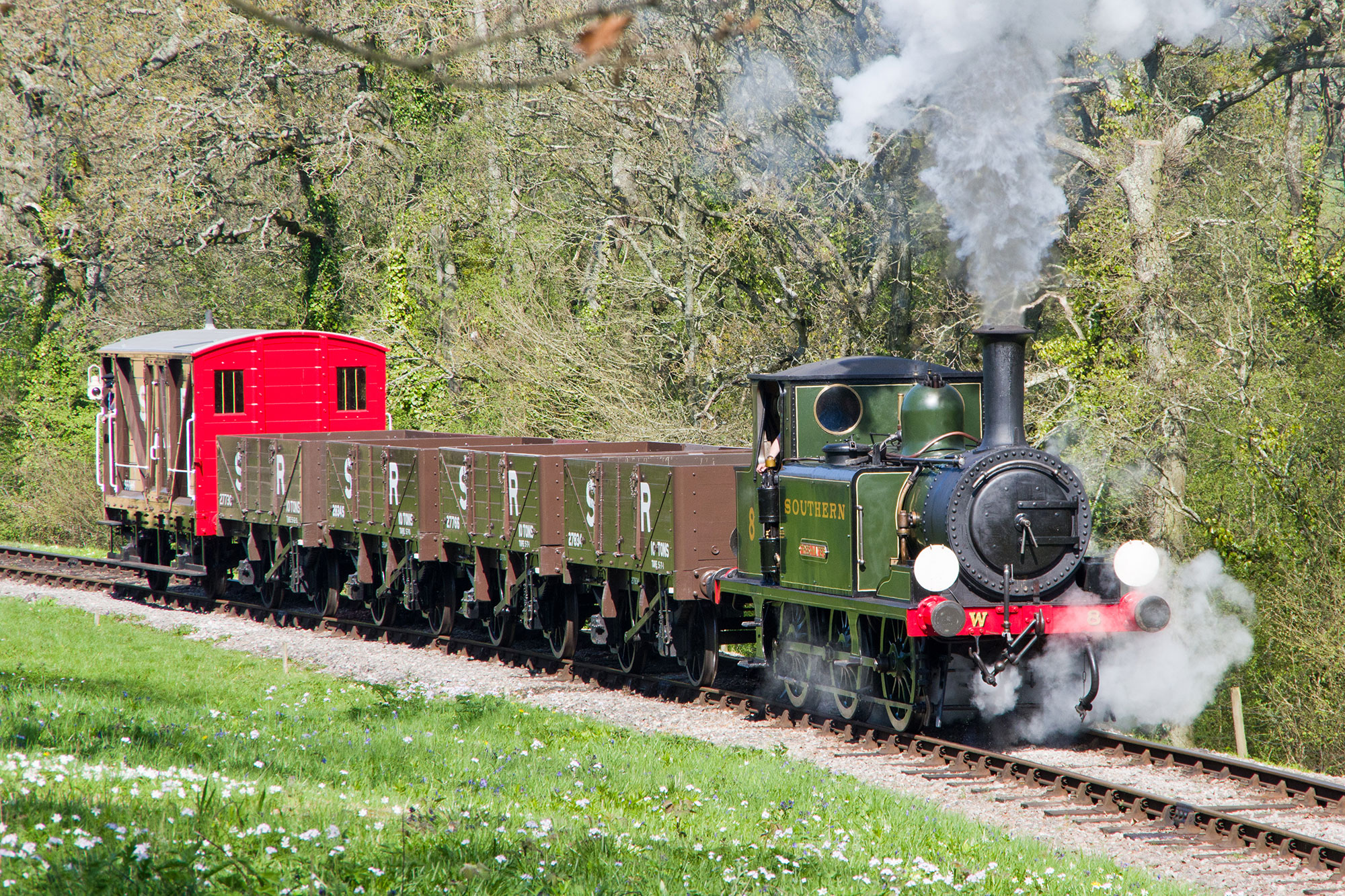 End of the Line…

After a few minutes we’ll arrive at Wootton. Here we need to do more shunting to move the locomotive and brake van to the opposite ends of the train – a more complicated manouvre than with passenger trains.

First I wind the handbrake on and advise the fireman via an alright hand signal, that the train is secure. He’ll then uncouple the loco to run around. While he is doing this I’ll move the lamps to the other end of the van. Using my brake stick, its necessary to apply the hand brakes on a few wagons to prevent them moving when the loco arrives at what was the back.

We then couple the brake van to the locomotive and uncouple the van from the rest of the train.  The van is then pulled forward, the points set for the loop and plugged to prevent the point blades moving under the train.  The van is then shunted into the loop, and the brakes applied. The van is uncoupled and left in the loop while the loco shunts back to the platform, coupling up to the remaining wagons. The wagons are then pulled forward clear of the point, then reversed into the loop and re-coupled to to the brake van which is now at the rear of the train. With the whole train complete again I can release the handbrake and shunt the train out of the loop clear of the point. With the token obtained we can depart to Havenstreet, where the process will be repeated in reverse. 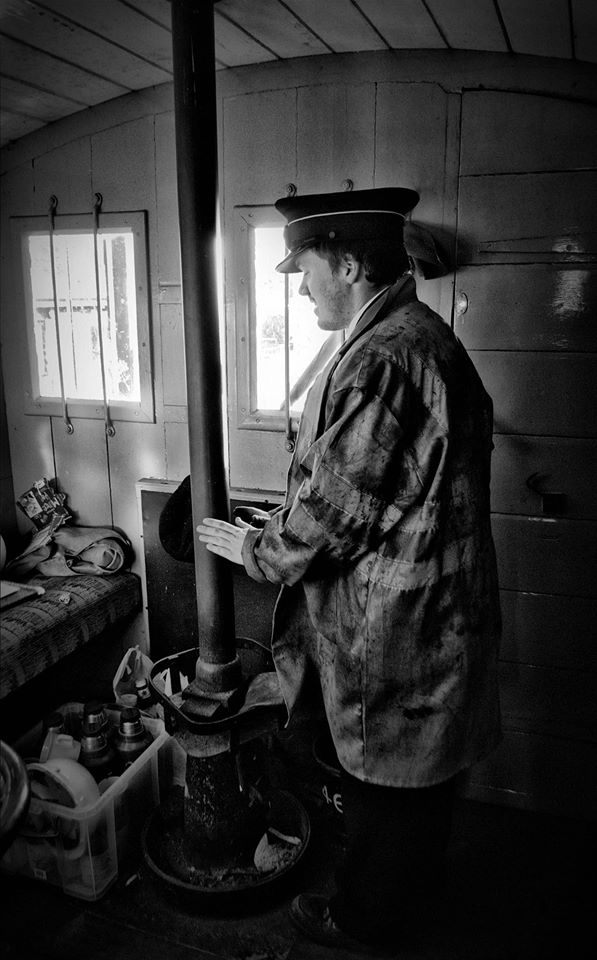