A Day in the Life of the Railway Folk

A Day in the Life of the Railway Folk

Burt, a sausage-loving train driver, is one the characters at our popular Railway Folk event. Regular volunteer, Tony Barry, goes behind the scenes to explain how this colourful event comes to life.

“The railway is a fantastic place to volunteer, there is so much to do and so many great people to work with.

I’ve worked at Havenstreet longer than many, the railway has been a very significant part of my life. My professional career took me all around the world, but the railway and my railway friends were always there when I came home. 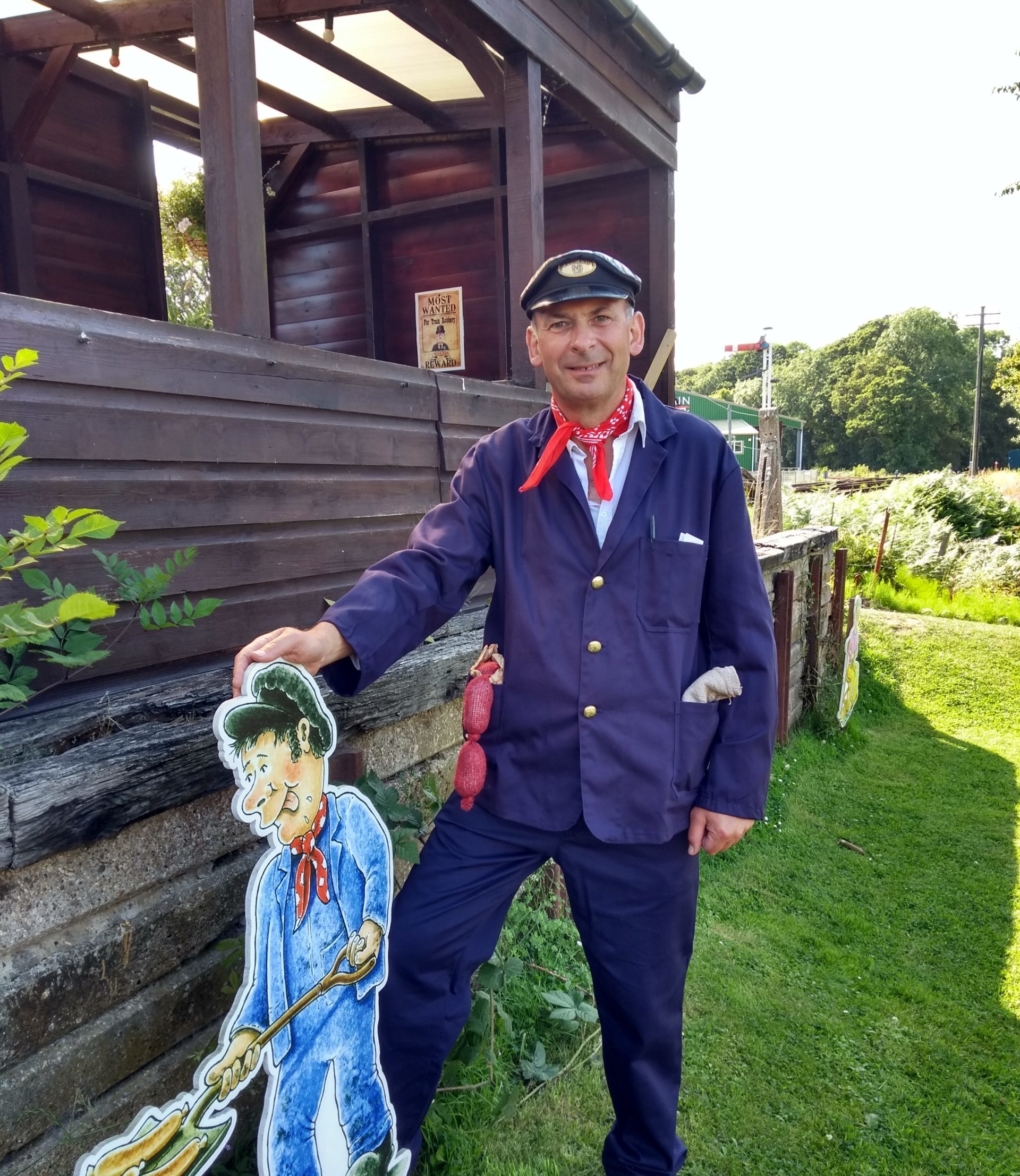 I’ve done many and varied jobs over the years. I worked my way up through the footplate ranks and am privileged to be a Driver, it’s a fantastic feeling to be out on the line at the controls of one of our historic fleet of steam locomotives. I particularly enjoy a day out on one of our ‘Terrier’ locomotives, both of which are now within sight of their 150th birthdays. When I’m working one of them I know that, with the 4-wheel carriages behind, I’m doing the same job with the same kit that my Victorian footplate predecessors used to do – fantastic!

A few years ago I found myself in a new role. One day I was asked if I fancied being ‘Burt the Engine Driver’, one of the characters at our event for youngsters – ‘The Railway Folk’. Apparently a real engine driver was needed for the role as visitors expect him to know about the trains. I agreed, although I didn’t really know what was expected or what to expect…

A couple of pre-event meetings were held at the station, I got to meet my fellow role playing characters. Some were well established members of the Havenstreet volunteer team but there were others who join us just for this one event each year – because they enjoy it so much! There was Mrs Cumberpatch, Old George the gardener (and magician!), Max the Guard and many more. I learned that my character ‘Burt’ not only drives trains but is obsessed with sausages, which he cooks on the Fireman’s shovel. I was handed my most important prop – a string of sausages in a brown paper bag! Luckily I already had an engine driver’s uniform, with the addition of a red neckerchief I was in character!

On the first day of the event I didn’t really know how I was going to fit in, I had to carve out a niche for myself. As our young visitors started to arrive I gravitated towards the queue at the ticket office, and that is pretty much where I stayed; saying hello to the youngsters in the queue, telling them who I was and about my sausages and assuring them that they were going to have a great day with us. It really was tremendous, even the day it poured down with rain.

Every year ‘The Railway Folk’ has a theme, for my first year it was Pirates, there was a pirate galleon in the events field – sailed up from Wootton Creek, I presume. The highlight of the day was gathering the crowd around the ship to see the evil Mr Beeching (he wants to shut our railway!) walk the plank – cheers all round! This was followed up by a ‘Railway Folk’ photo opportunity and further fun and games.

As the day wore on I was back in the Station yard, saying farewell to our visitors as they made their way home. It gives a great sense of satisfaction to see how much they have enjoyed their day with us.

I’ve been ‘Burt’ for a few years now, ‘The Railway Folk’ has become one of the highlights of my summer, a really fun role working with some fantastic and funny people and being able to interact with so many visitors who are having such a great time. There’s so much more to the railway than running trains.”