41313 is an example of the Class 2 2-6-2 tank locomotive designed for the London, Midland and Scottish Railway by George Ivatt. Construction of the class began in 1946 with No. 1200. Ten locomotives were completed before nationalisation of the railways in 1948, the remaining 120 being built by British Railways.

Intended for light duties, the design incorporated labour saving features usually found on larger engines of the time, including hopper ashpans and rocking grates. The side tanks have a capacity of 1,350 gallons, and the bunker, which is sloped inwards to give a clear view to the rear, has a ladder giving access to the coal space, a feature directly influenced by American practice.

One of a batch of twenty engines built at Crewe in 1952, 41313 entered service at Brighton in May 1952 and after a month was reallocated to Exmouth Junction shed, displacing Drummond M7 tanks on local passenger work in the Exeter area. In April 1953 she moved to Three Bridges shed in West Sussex, but was there for only a matter of weeks before transfer to Faversham, Kent. 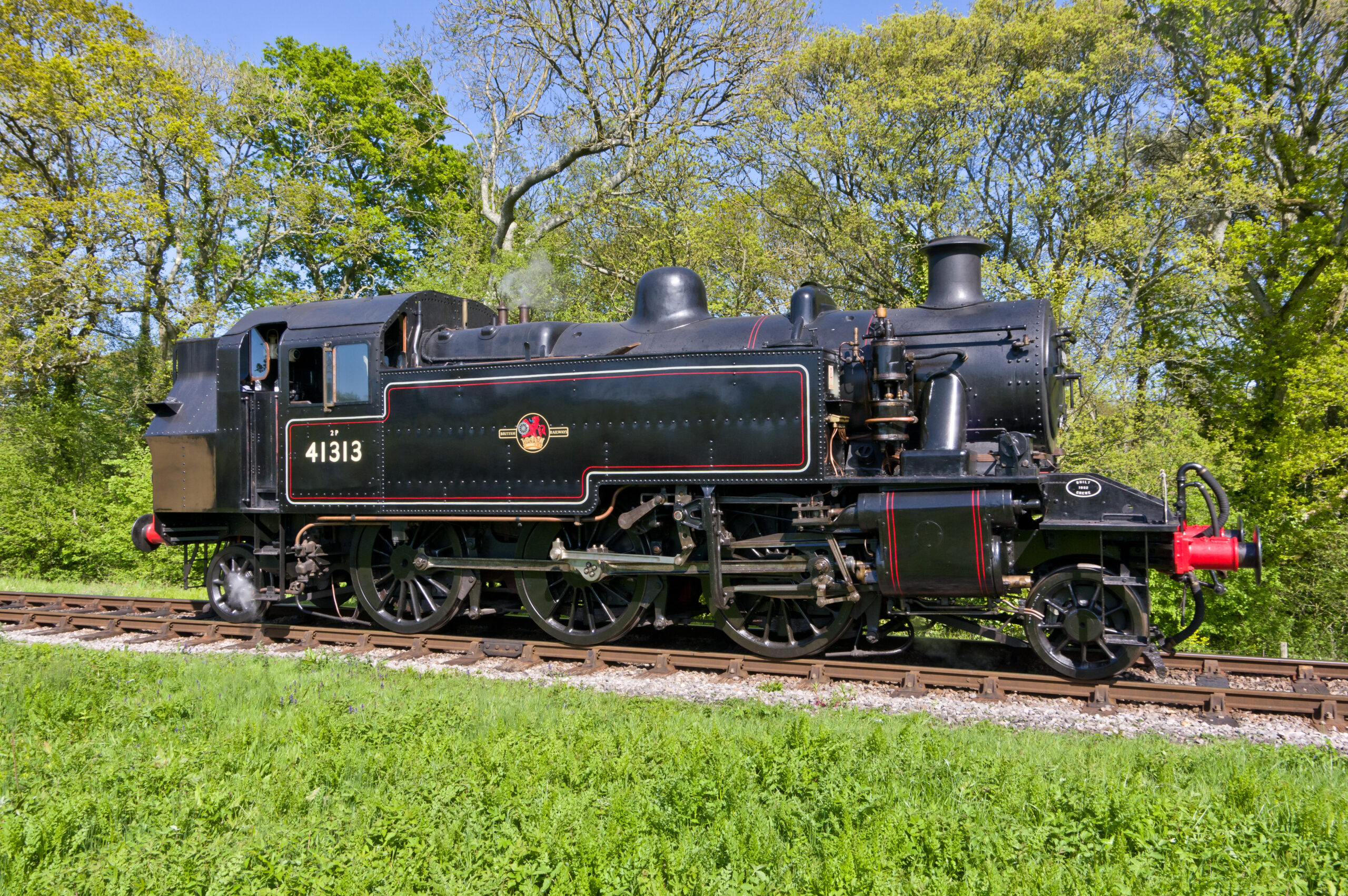 In November 1959 41313 was sent to Eastleigh Works for a general repair and was subsequently reallocated to Barnstaple. In 1963 she returned to Brighton where work included passenger turns to Horsham and Guildford, shunting, parcels trains, and hauling the ‘Lancing Belle’ workmen’s train to Lancing Carriage Works. In May 1964 she was sent to her final BR home, Eastleigh, and was withdrawn in June 1965.

41313 is propelled towards the Mechanical Engineering Workshop at Havenstreet on 3rd August 2006, the day she arrived on the Isle of Wight Steam Railway.

Sold to Woodham Brothers scrap merchants in February 1966, 41313 was towed to their yard at Barry Docks, South Wales, where it was to stay until purchase by the Ivatt Trust in 1975. Moved to the Buckinghamshire Railway Centre, Quainton Road, it was initially intended that 41313 would act as a source of spare parts for sister engine 41298, also owned by the trust. It was eventually decided that the engine should be restored to working order, the trustees choosing the Isle of Wight Steam Railway as a suitable location for their three Ivatt locomotives’ future operation. 41313 was moved to Havenstreet in August 2006 where some conservation work was carried out before she was placed in store pending overhaul.

In 2014 41313 underwent an extensive overhaul at the East Somerset Railway. She returned to steam in 2017 and has since been regular performer at the Isle of Wight Steam Railway. 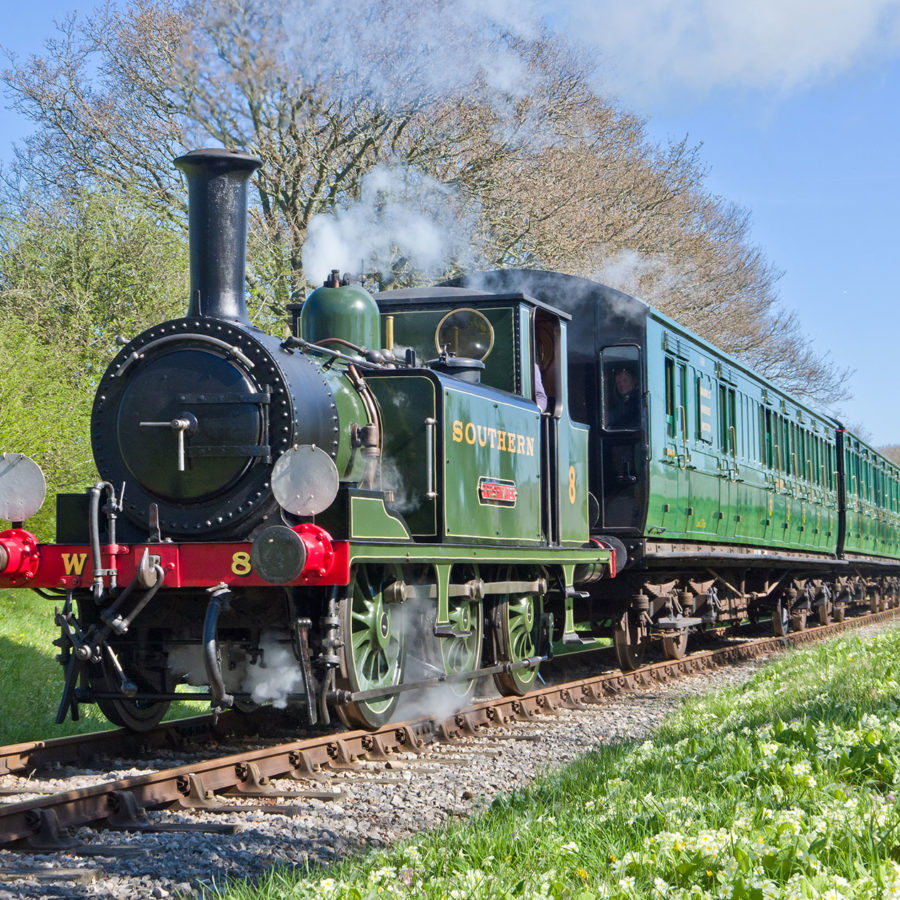 W8 ‘Freshwater, a member of the ‘Terrier’ class, designed by William Stroudley